ASAP Drain Guys & Plumbing was called to provide a gas line estimate for City of San Marcos Fire Station #1. The existing gas line was corroded due to the old age. Once approval was received, a team of technicians arrived on site and began jackhammering the concrete with a pneumatic hammer due to the . Once concrete was broken up, they proceeded to dig a trench to expose 38 linear feet of 2″ gas line. The soil was saved and put off to the side to be reinstalled upon completion of the job. The old corroded gas pipe was cut out, removed. Approximately 38 linear feet of new gas pipe was installed along with three new 2″ risers using a socket fuse  in fittings to connect pipe. New tracer wire was also installed. Galvanized pipe was also run above ground  to the boiler with new channel brackets. A pressure test was conducted on the line to test for leaks in the new gas lines. After the line was deemed satisfactory in passing the pressure test the line was connected to the building and the 2″ gas line was connected to the boiler. The trench was backfilled and compacted with the previously saved dirt and new sand. 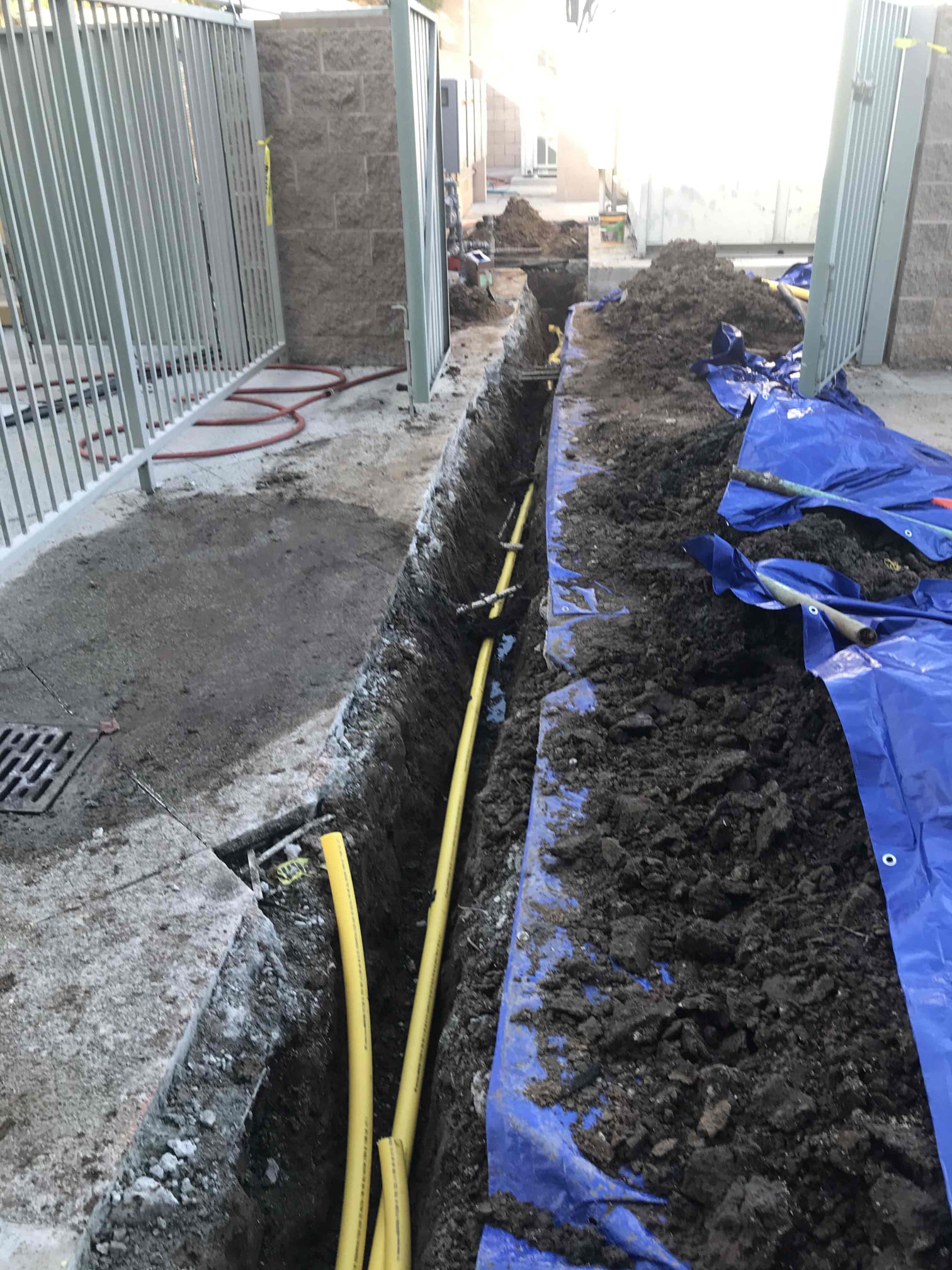 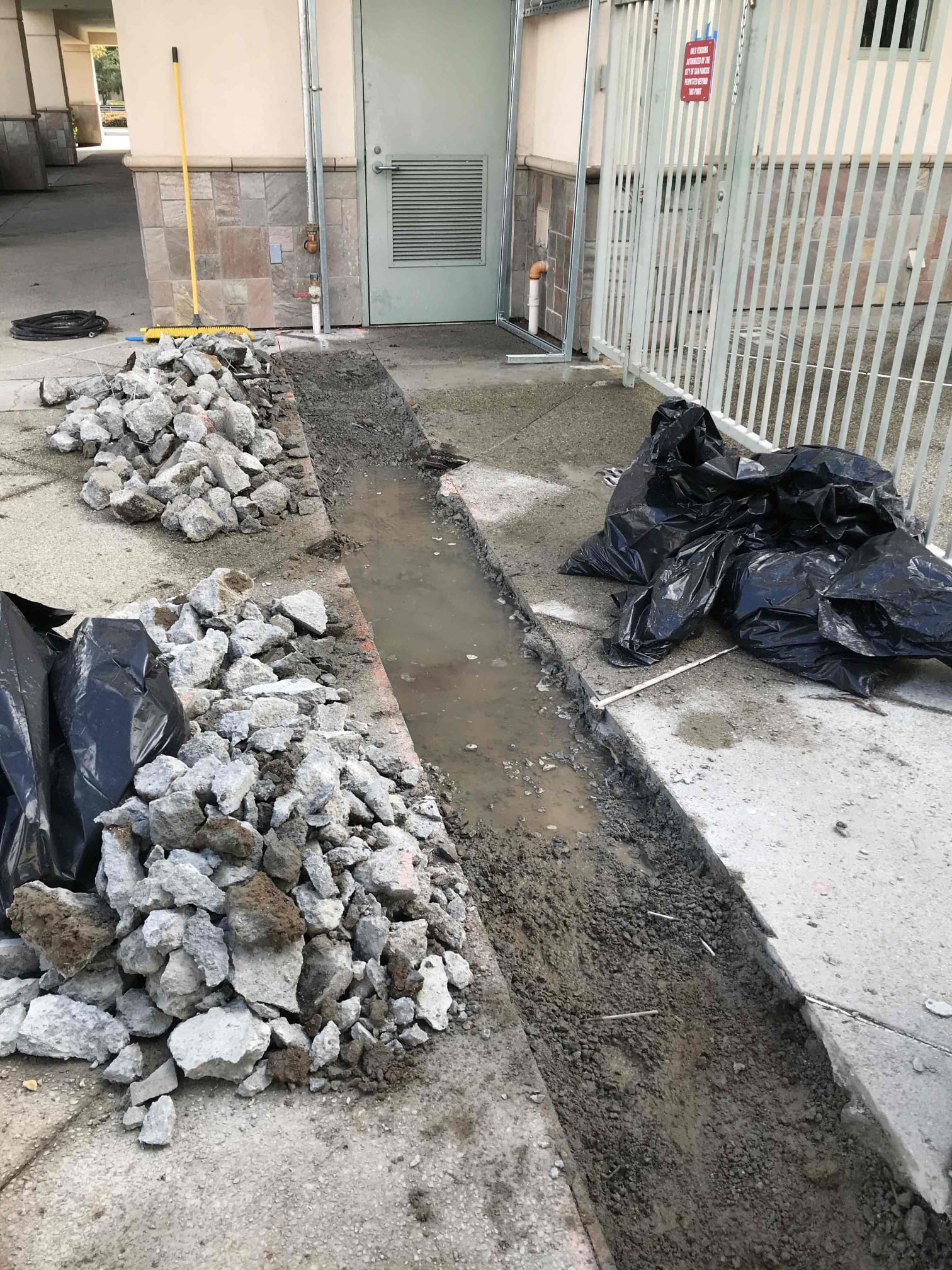