A property management company called ASAP Drain Guys & Plumbing during after hours due to an emergency backed up mainline in the laundry room of one of their properties in San Diego, CA. A few tenant’s units were also flooded out which Maintenance would have handled by a remediation company. 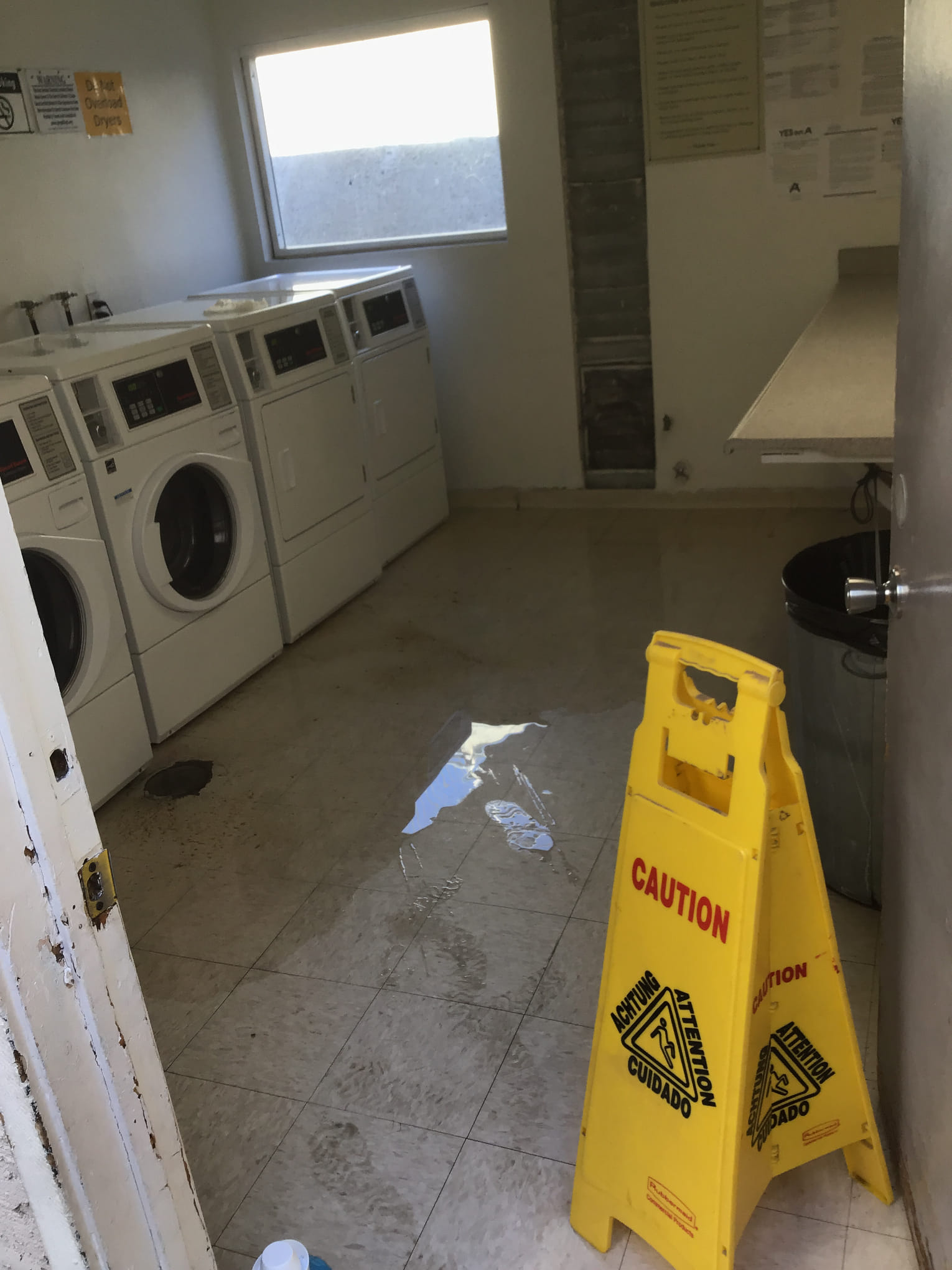