A mobile home management company called ASAP Drain Guys & Plumbing because a tenant’s sewer line had backed up. The technician cabled through the cleanout, making multiple attempts with different cable snake sizes. He pulled back a shiny cable indicating the pipe may be broken. The technician recommended digging into the ground and removed the in-ground P-trap.

The technician came back to the mobile home park the following day to dig up the broken pipe. He excavated around the existing ABS mainline cleanout to located the in-group P-trap, approximately 3 feet deep. He found that the existing P-trap had a santee at the end of it that was improperly sealed, allowing roots to grow into it and causing the blockage. He then removed the old P-trap and installed a new 4″ wye fitting with a 3″ X 4″ bushing to catch the mainline. He brought the end of the wye fitting up to be a 4″ cleanout for the mainline. The wye was attached to the existing mainline using 3″ ABS and no hub bands.

The technician tested all new parts and checked for leaks. There are no leaks at this time. 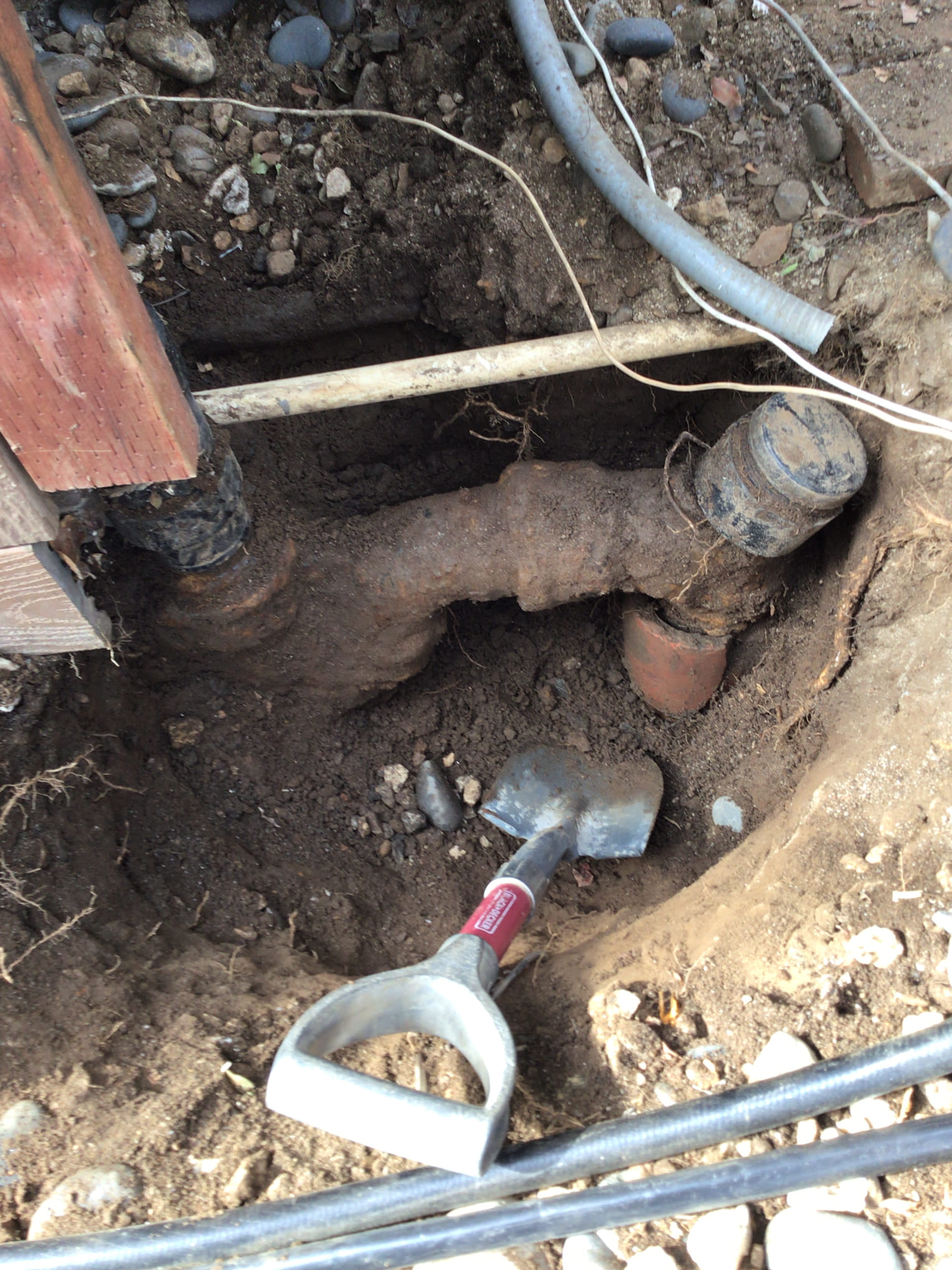 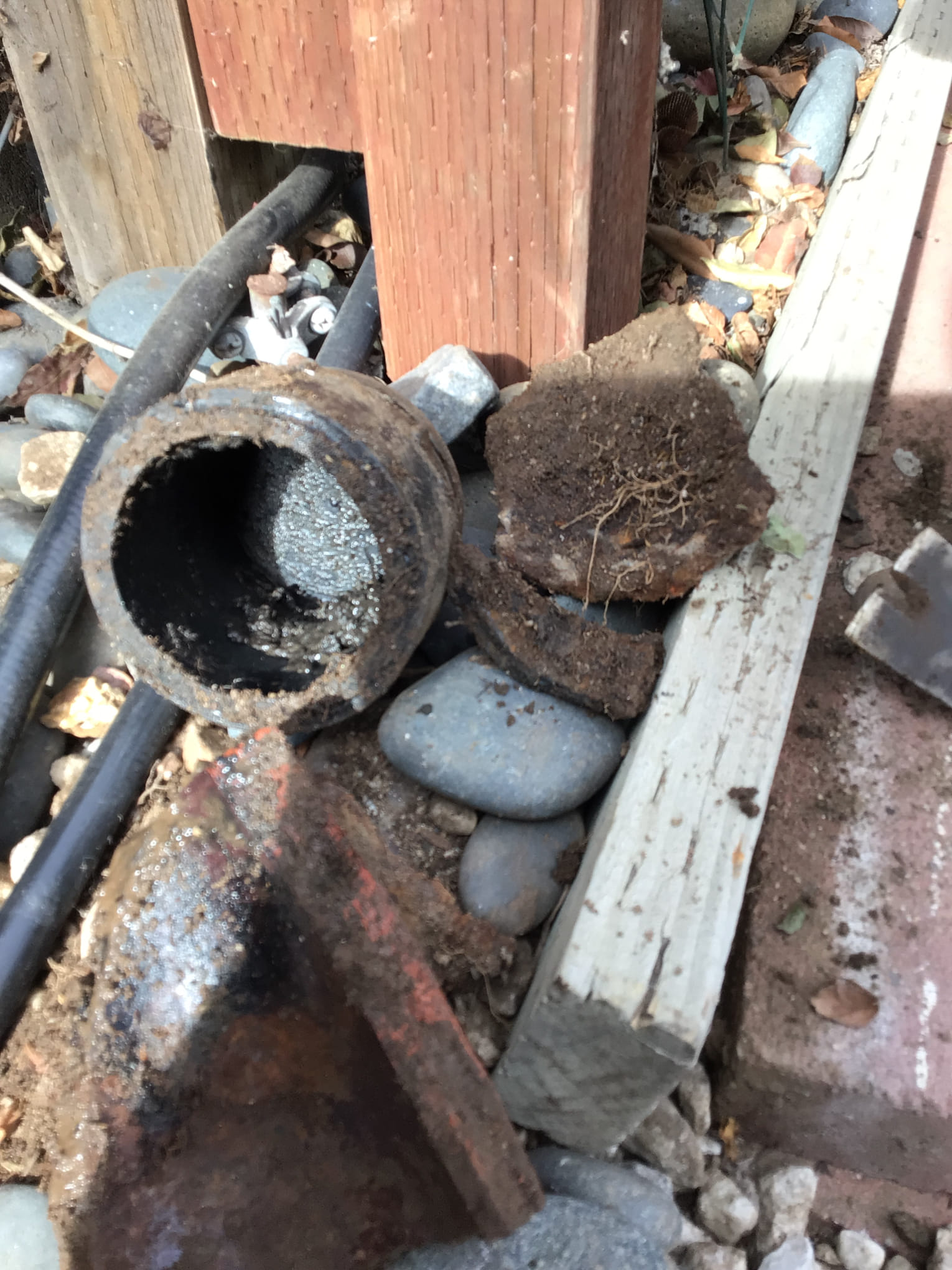 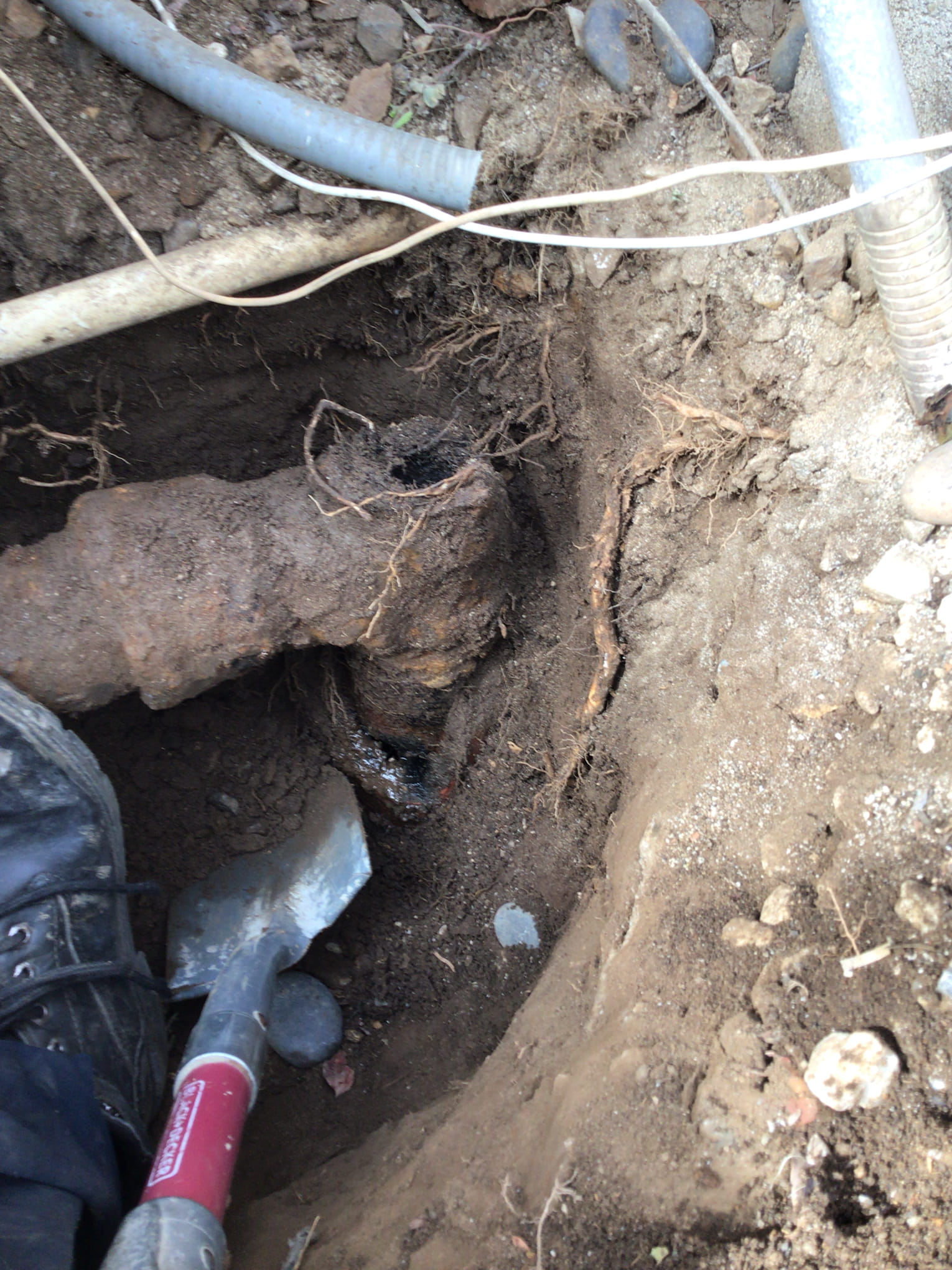 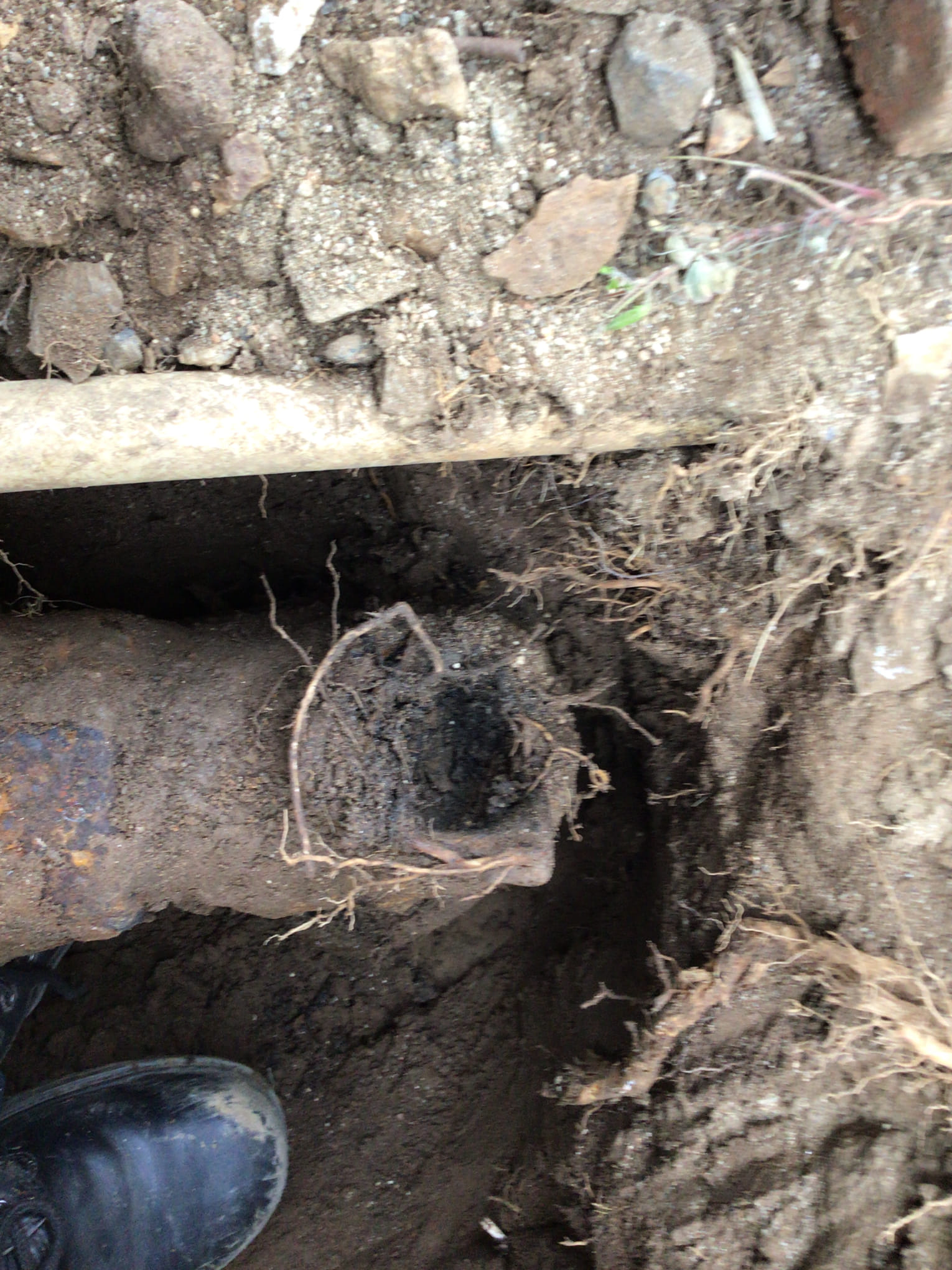 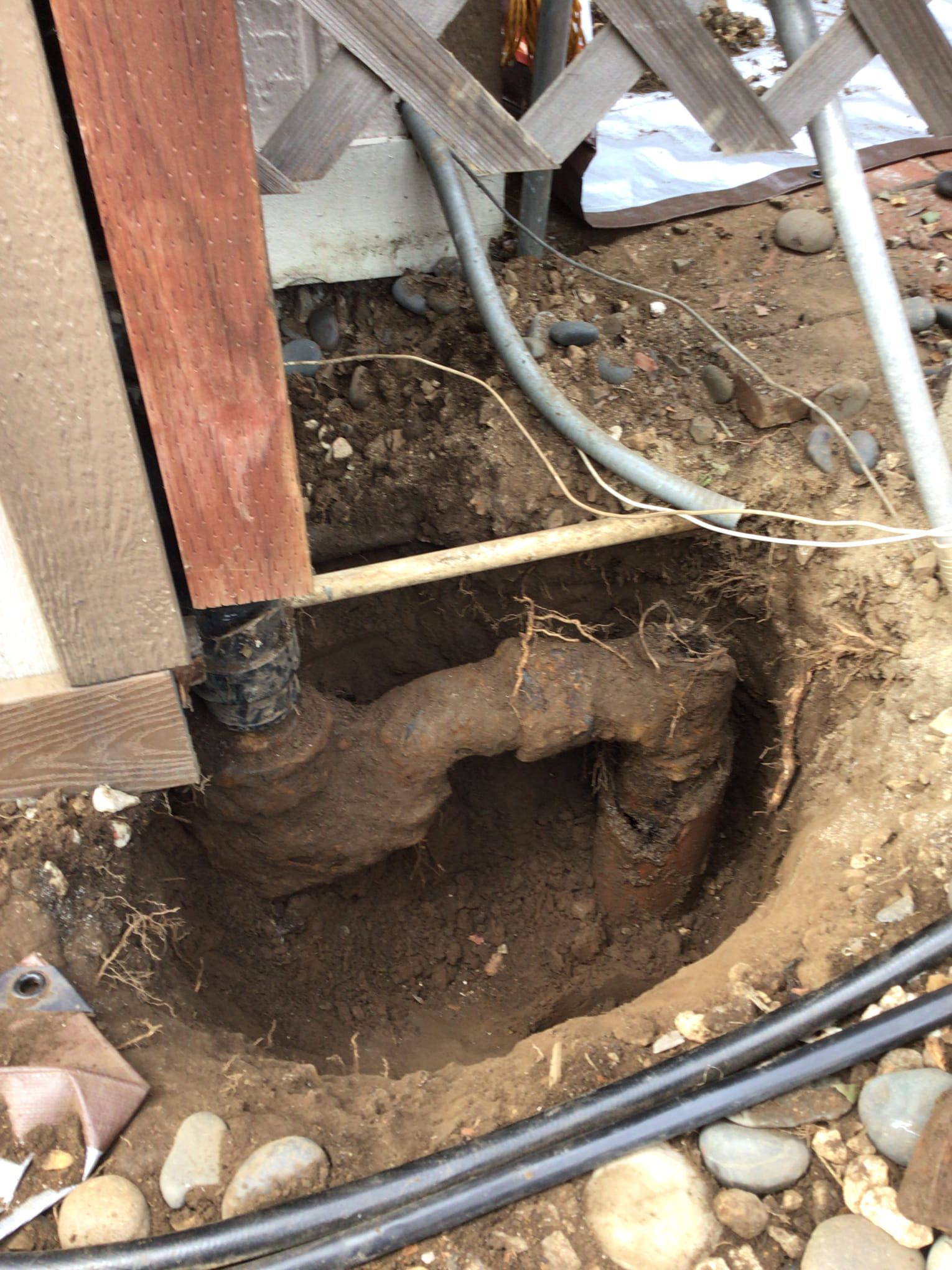 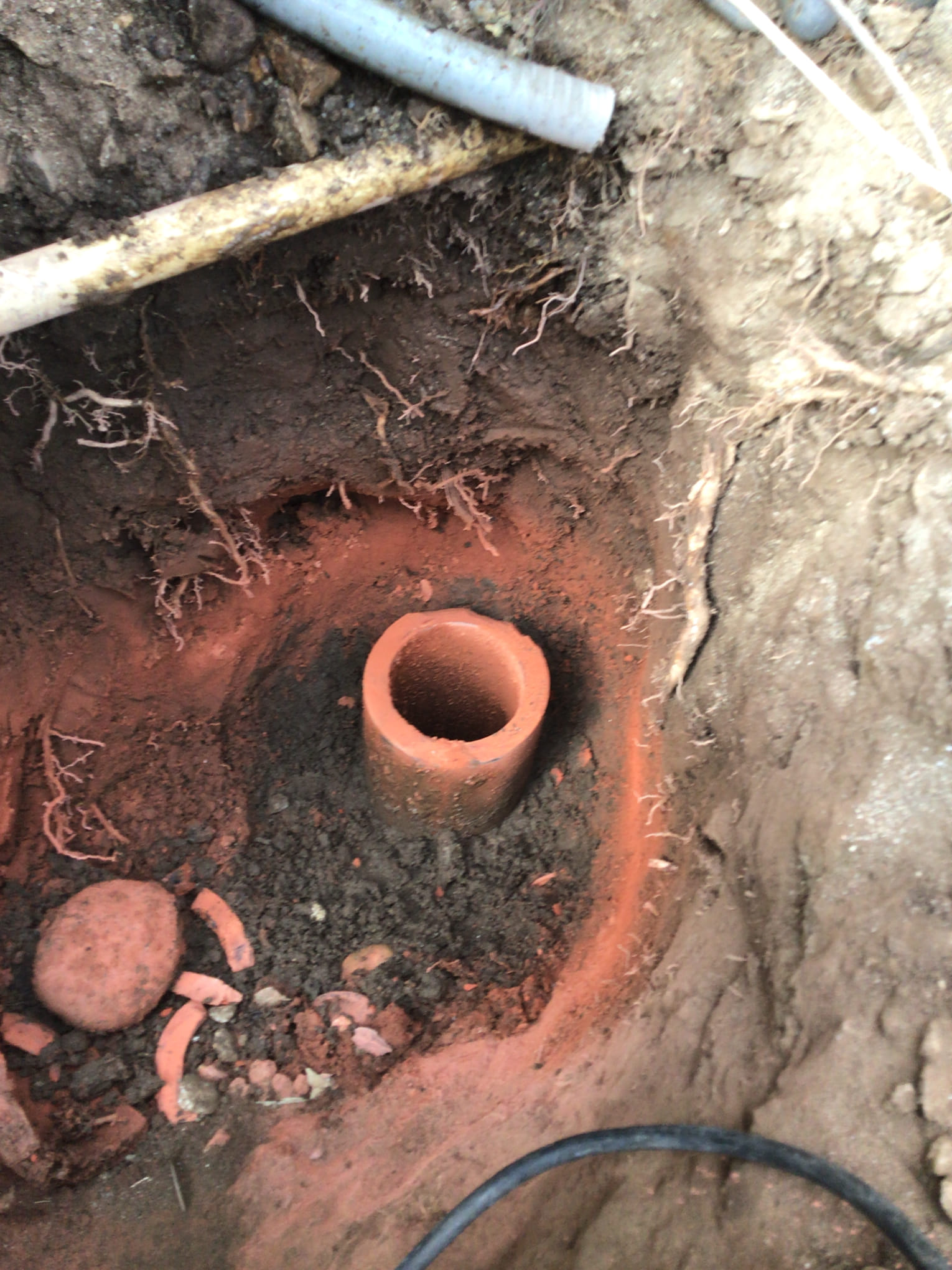 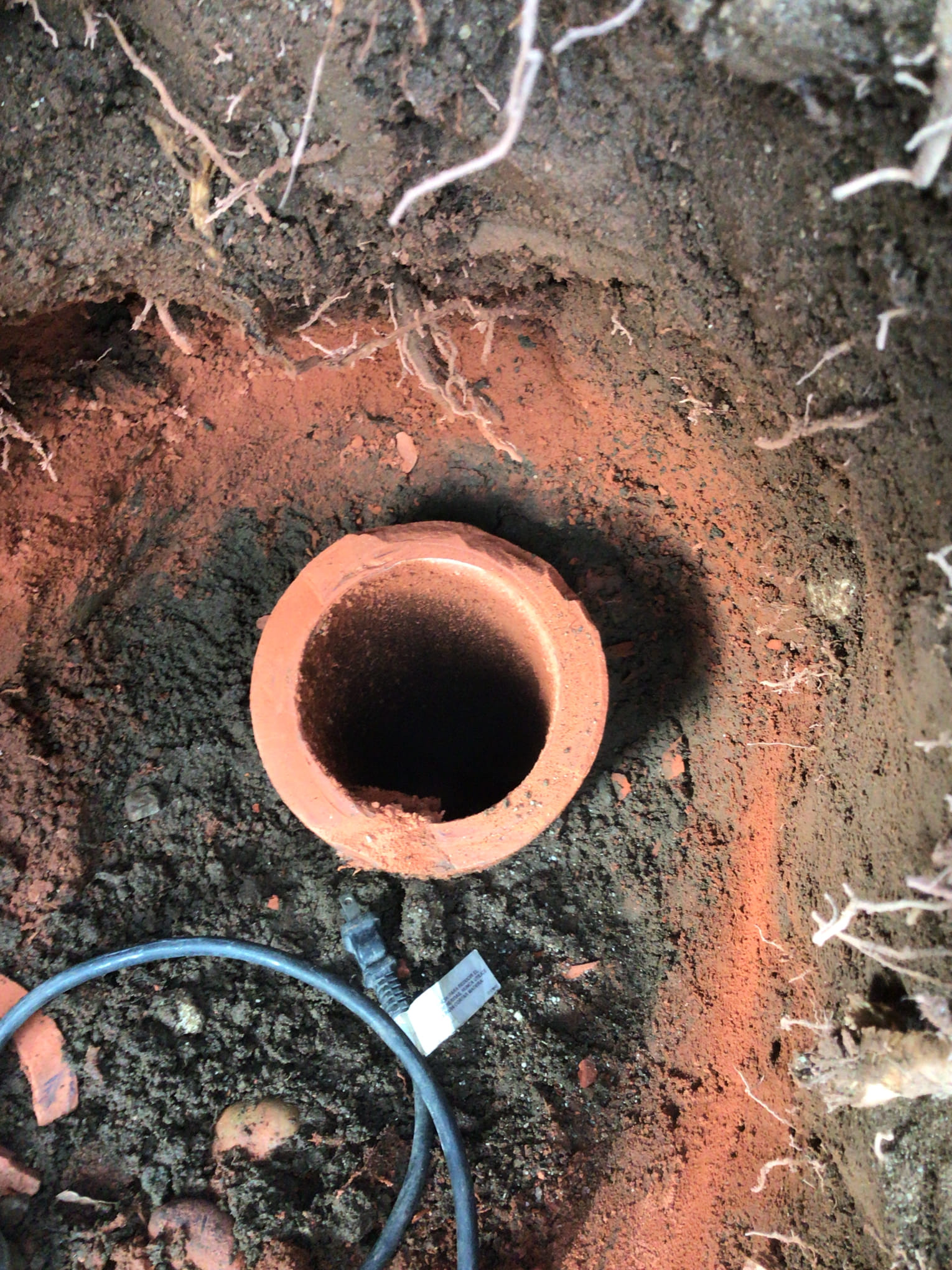 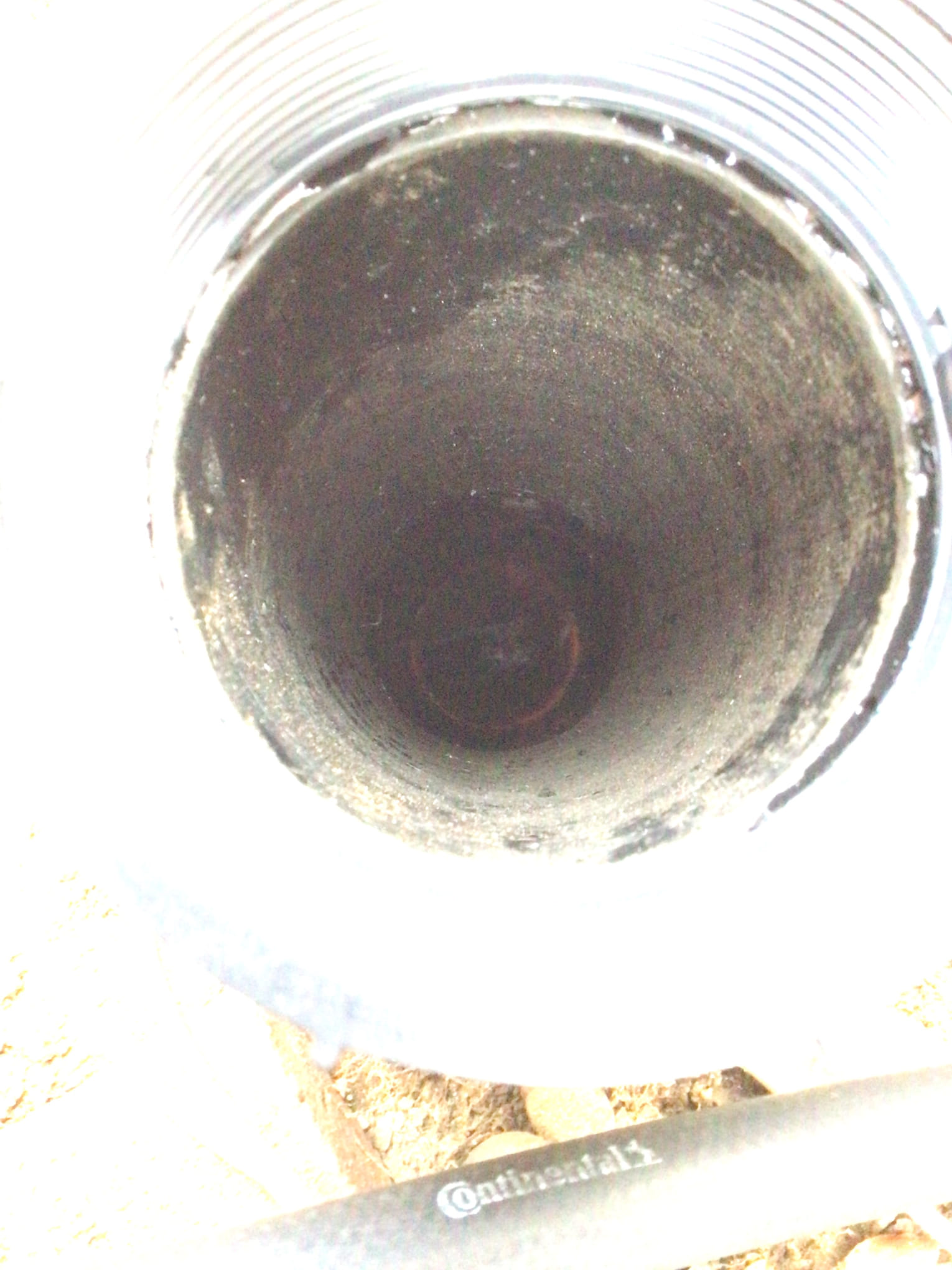 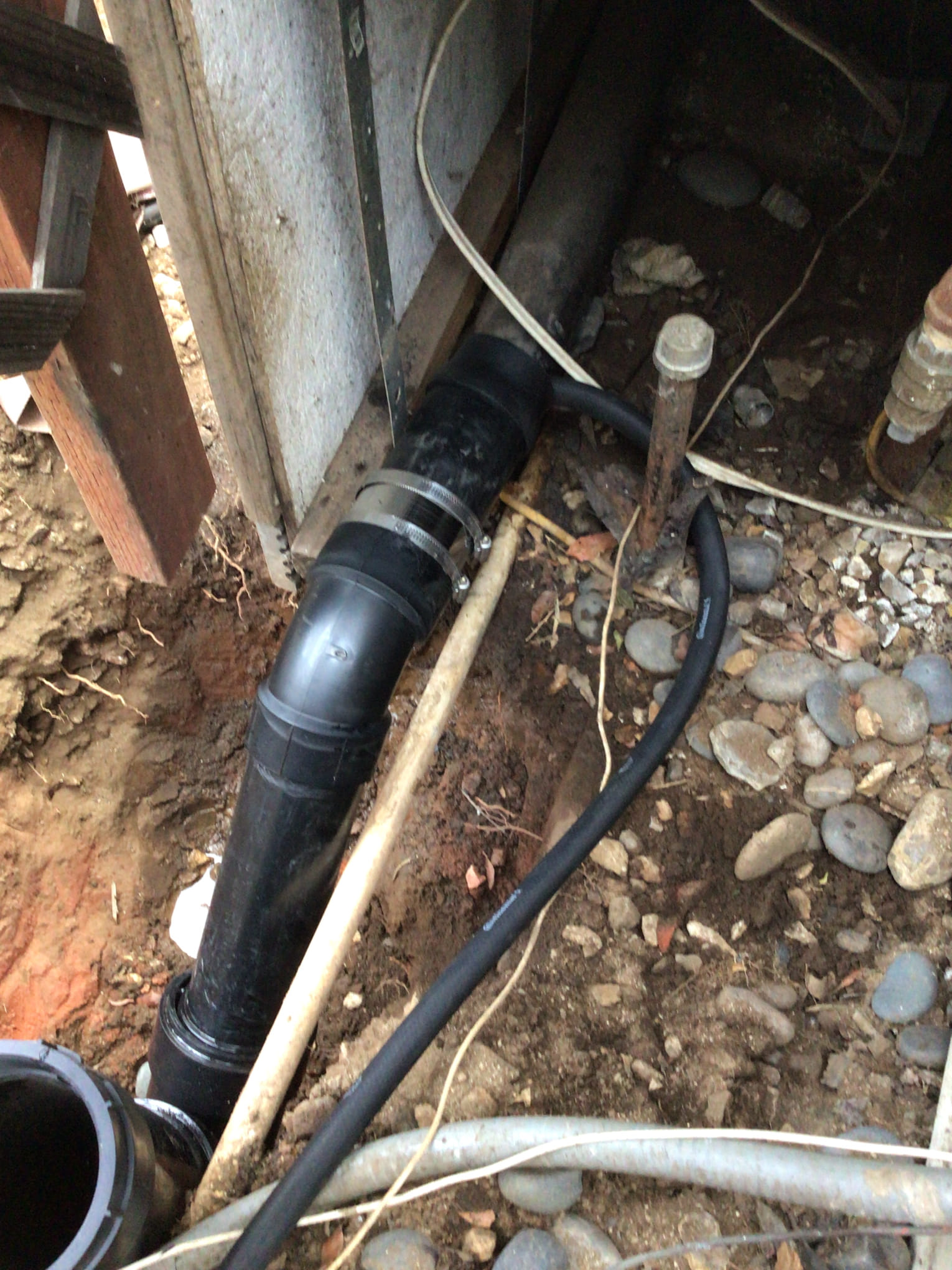 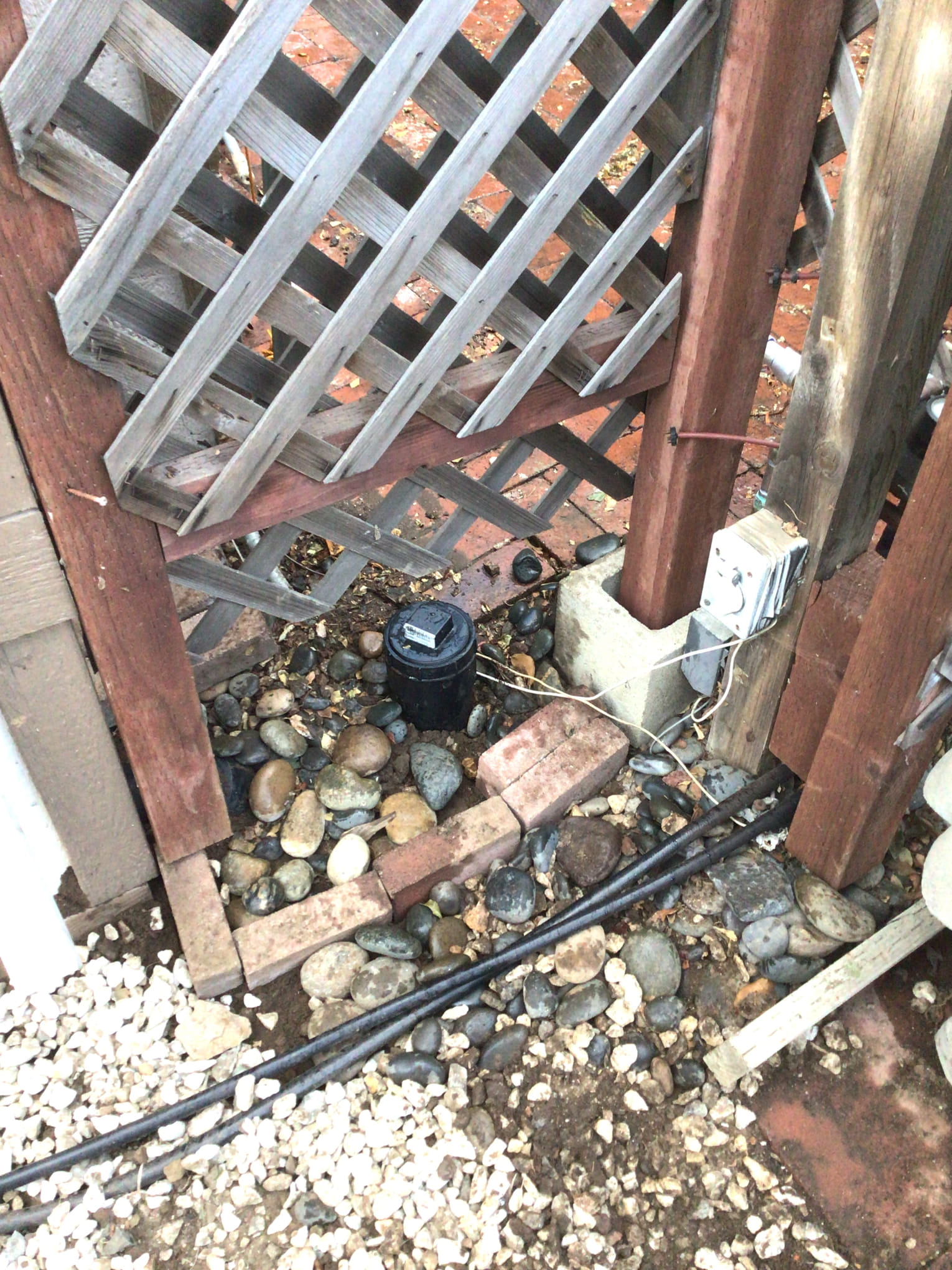 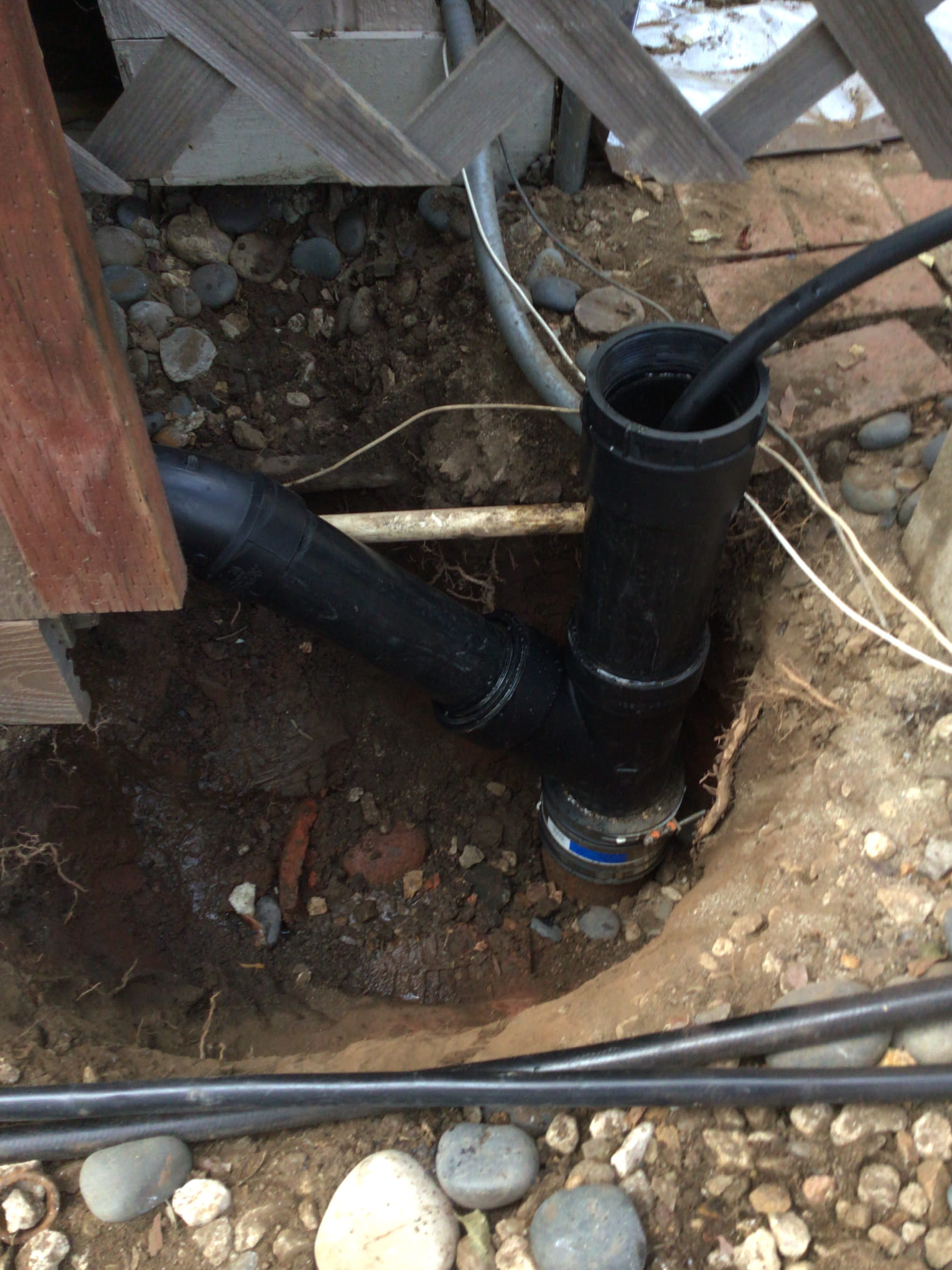 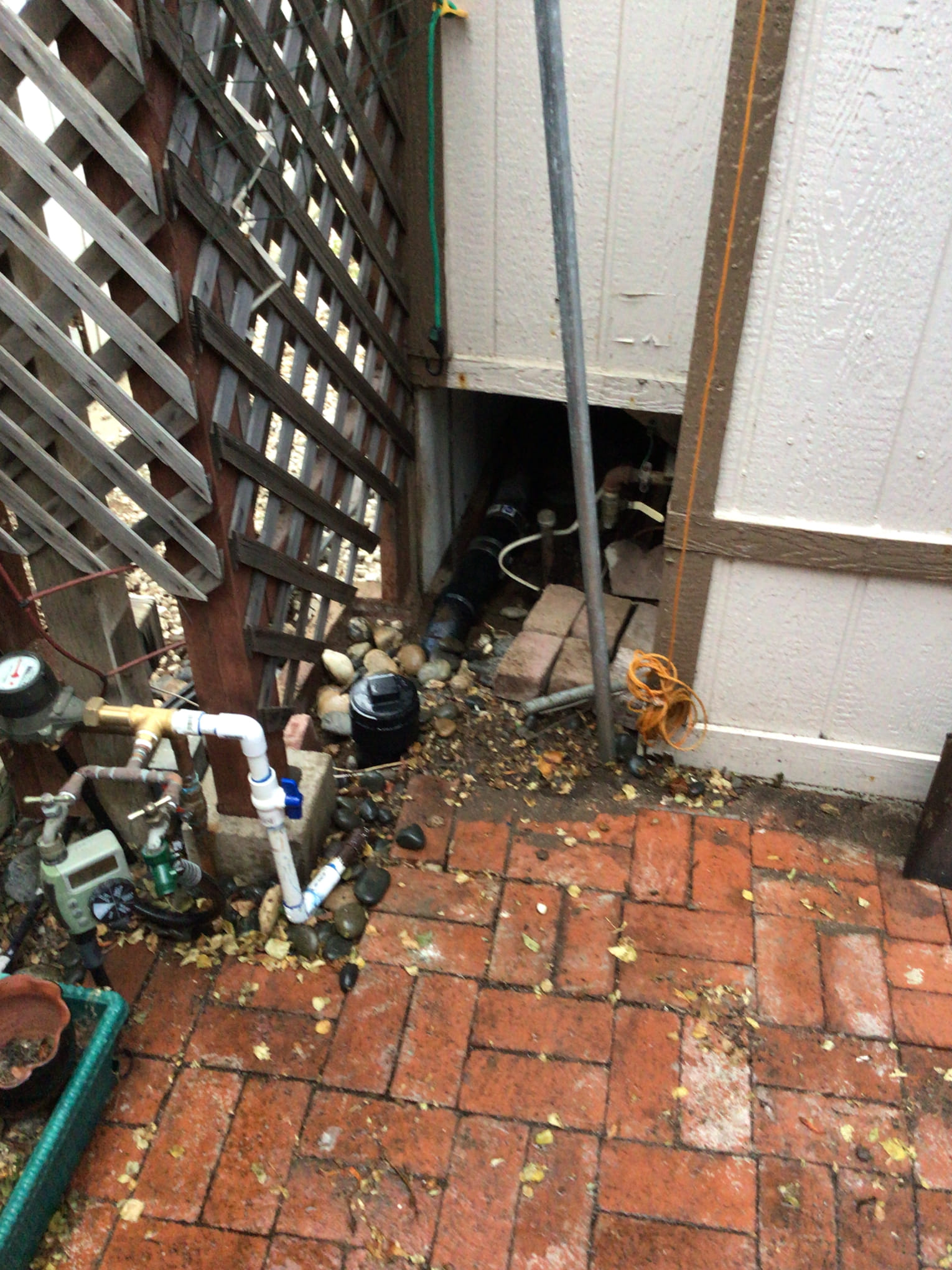