An apartment complex in San Marcos, CA called ASAP Drain Guys and Plumbing for a mainline that was backing up. The technician ran his snake through the main line to clear but was unsuccessful in dislodging the blockage. While running the mainline it was found that the cleanout is a one way only leading back to the building and not the city main. The next step was to run a hydrojetting hose through to clear with high water pressure at 4000 PSI, this attempt was also unsuccessful. It was believed that there was a severe root intrusion. The only way to determine the root intrusion is to run a camera down the line towards the city main, installation of a double sweep cleanouts would be necessary.

After receiving approval from management, the technicians began by locating the mainline and excavating about 4ft down to the mainline and exposed a section of the sewer line. A two foot section of pipe was cut out and removed and replaced with double sweep cleanouts. The line was then tested for leaks and proper function. No leaks were found. A video inspection was completed after the cleanout installation and options were given to repair the root intrusion.

Management gave the approval to make a spot repair on the line. The technicians dug up the 4″ line where it ties into a 6″ line and cut out the connection. After removing the compromised section of pipe, they found the line was completely closed with roots. A new 4″ to 6″ ABS fitting was installed and a rubber cap was installed in case they want the line reestablished. 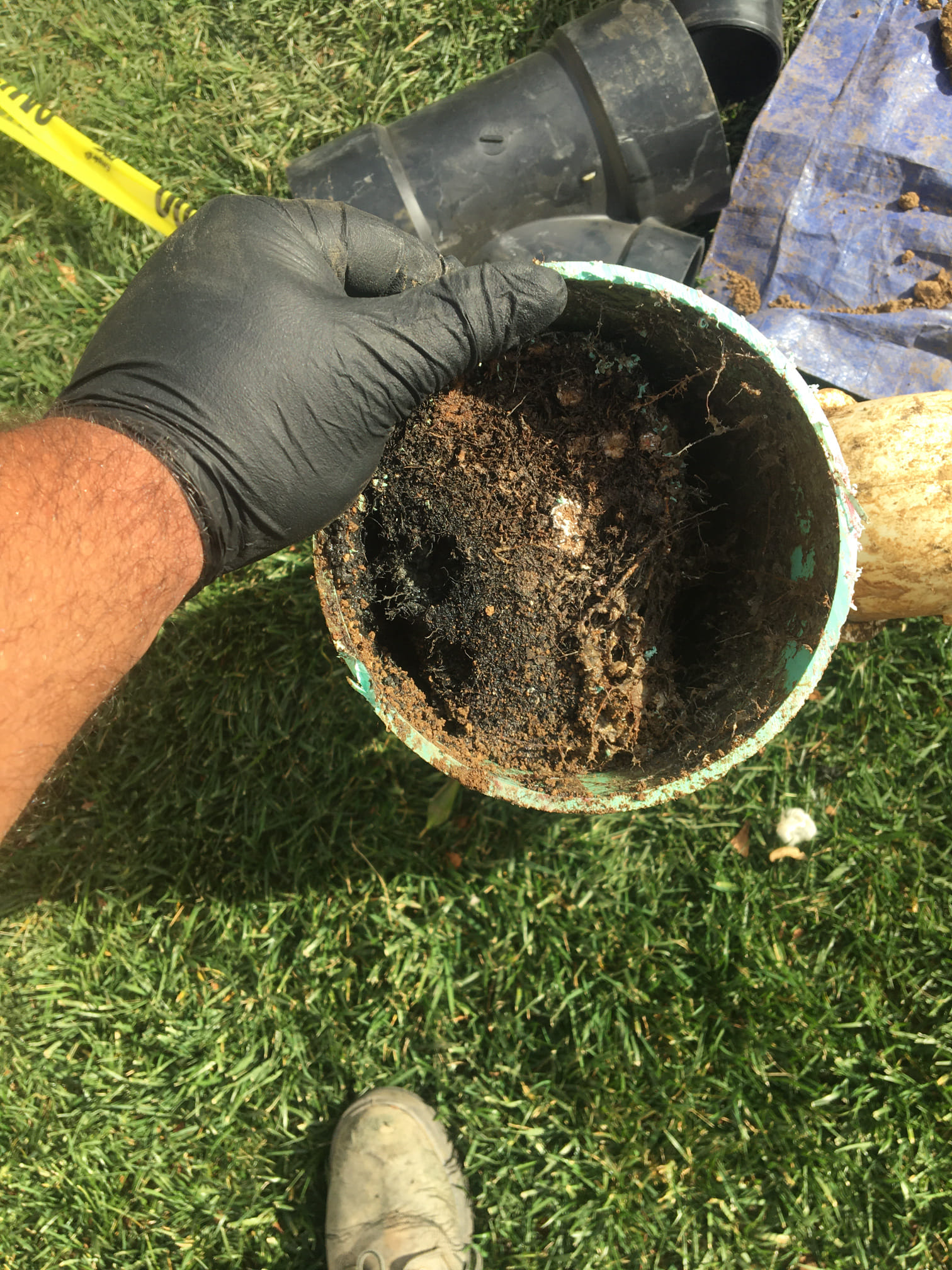 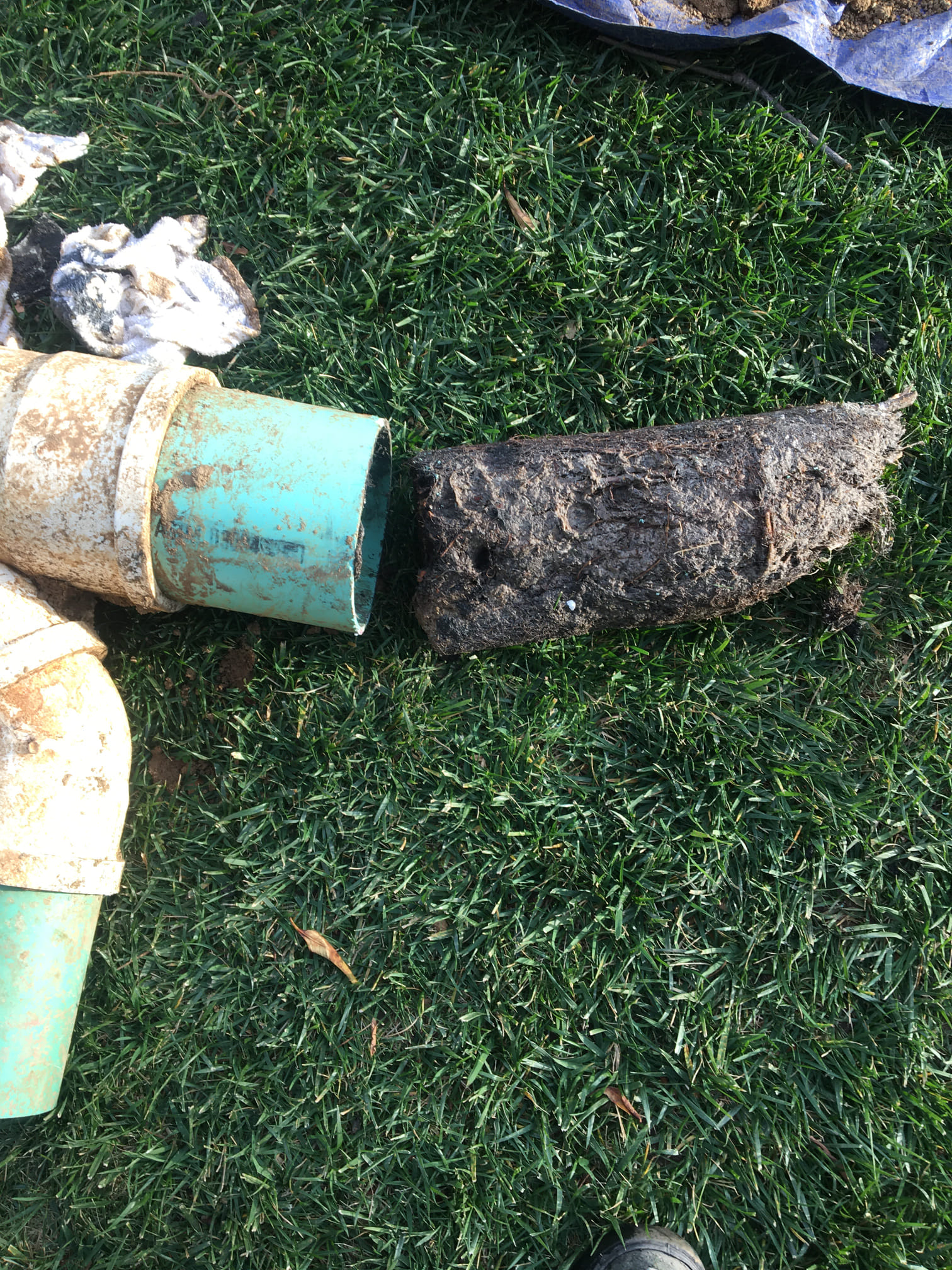