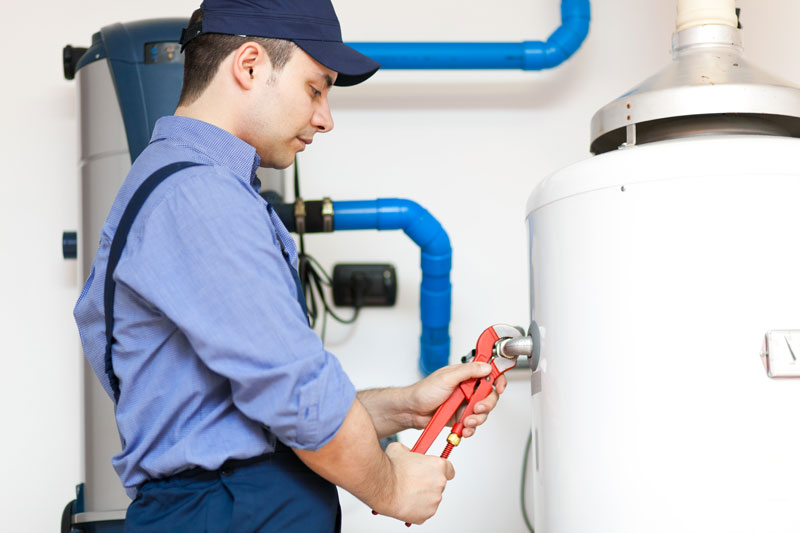 Hard water is very common in Southern California and we are known for having some of the hardest water in the United States.  But just what is hard water?  The term originated to refer to water that was hard to wash in.  High concentrations of minerals, primarily calcium and magnesium, combine with soap to form a solid scum rather than lather.

Far from a drinking water quality issue, it may actually have some health benefits by providing as much as 5-10% of an adult’s calcium needs and possibly reducing the incidence of cardiovascular disease.  But it’s a big problem for plumbing, causing lime scale buildup in water heaters.  That makes them less efficient, with longer recovery times and higher energy use.  It can also cause problems for washing machines and dishwashers, and in extreme cases even clog pipes.  Those minerals also form a weak electrolyte that causes galvanic corrosion whenever plumbing made of different metals join.

Some 85% of the US has at least slightly hard water, with water hardness signs that include bathtub rings, spots on shower doors and glasses, dry and itchy scalp or skin, hard to manage hair, and stiff or dingy clothes.

Where Does Hard Water Come From?

SoCal gets some of its supply from well water, with calcium and magnesium along with other minerals coming from natural sources such as limestone and chalk.  But most is imported, primarily from the Colorado River.  After leaching from natural sources evaporation concentrates the minerals, and agricultural and industrial run-off adds to the mix.

Our various water districts each process and purify through several different water treatment plants.  Although pre-treatment water quality can be bad, all plant outputs meet or exceed EPA standards for health, taste, odor, and color.  But there’s no standards or treatment specifically for hardness.

Hardness is categorized by the grains per gallon (grains/gal), milligrams per liter (mg/l), or parts per million (ppm) of calcium and magnesium based on the following table (a liter of water weighs 1000 grams so the last two measures have the same value).

Water testing at the various plants serving Southern California show a typical range of 200 to 310 mg/l with an average of around 295 — clearly very hard water!  The average for the entire US is closer to 200.

What To Do About Hard Water 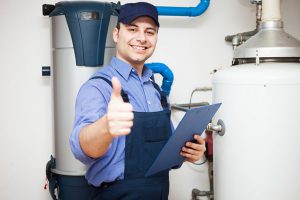 You can have a water hardness test performed at your location, but the odds are you have very hard water.  Most of today’s detergents include ingredients to counteract hard water, but there’s still the host of other problems.  It’s especially important to protect your plumbing and appliances by installing a whole-house water softener.  Without a water softener and annual maintenance scale buildup can reduce a water heater’s lifetime to just a few years.

Softeners once worked by adding chemicals that combined with the minerals. But even non-precipitating water softeners left water cloudy and still lead to deposits.  Ion exchange water softeners are the most common technology used today. Most use a “bed” of special polystyrene beads.  Calcium, magnesium, and other minerals attach to those beads and are later flushed out with salt water.

For most people it’s simply a matter of having their plumber select the right size of ion exchange water softener.  Most units will also reduce the amount of iron in the water as well.  Standard models usually have a time clock to schedule back flushing, but you may want to choose a controller that uses the number of gallons treated, or better still directly senses water hardness.

Some people are concerned about the small amounts of salt that makes it into your drinking water, especially those on a low-sodium diet due to high blood pressure.  Using potassium chloride (another type of salt) is one option.  But in many areas the much higher quantities of salt that gets back flushed is a much bigger concern.  That’s because it makes its way back into groundwater supplies and in turn into irrigation and water district wells.  For these areas alternatives such as nano filtration membrane technologies are a great choice.

Give us a call or schedule an appointment  and one of our expert plumbers can assess your hard water situation, and inspect your dishwasher, hot water heaters, washing machine, pipes, and other plumbing that may be affected by hard water.