ASAP was called out to a mobile home property in San Marcos, CA due to an underground leak. Upon arrival, the on site maintenance technician had already jackhammered the concrete and exposed a large section of copper and PVC riser but the source of the leak was still not yet visible. ASAP continued to dig down and found a 1″ PVC coupling to be leaking. Water was shut down to the mobile home park and hydrant was opened to drain down the system. ASAP technician performed repair on on 1″ main with a dresser coupling and valve. On site maintenance requested to have a PVC valve installed as an isolation valve for several units in case of a future leak. A new ball valve was also installed to replace an old above ground gate valve. 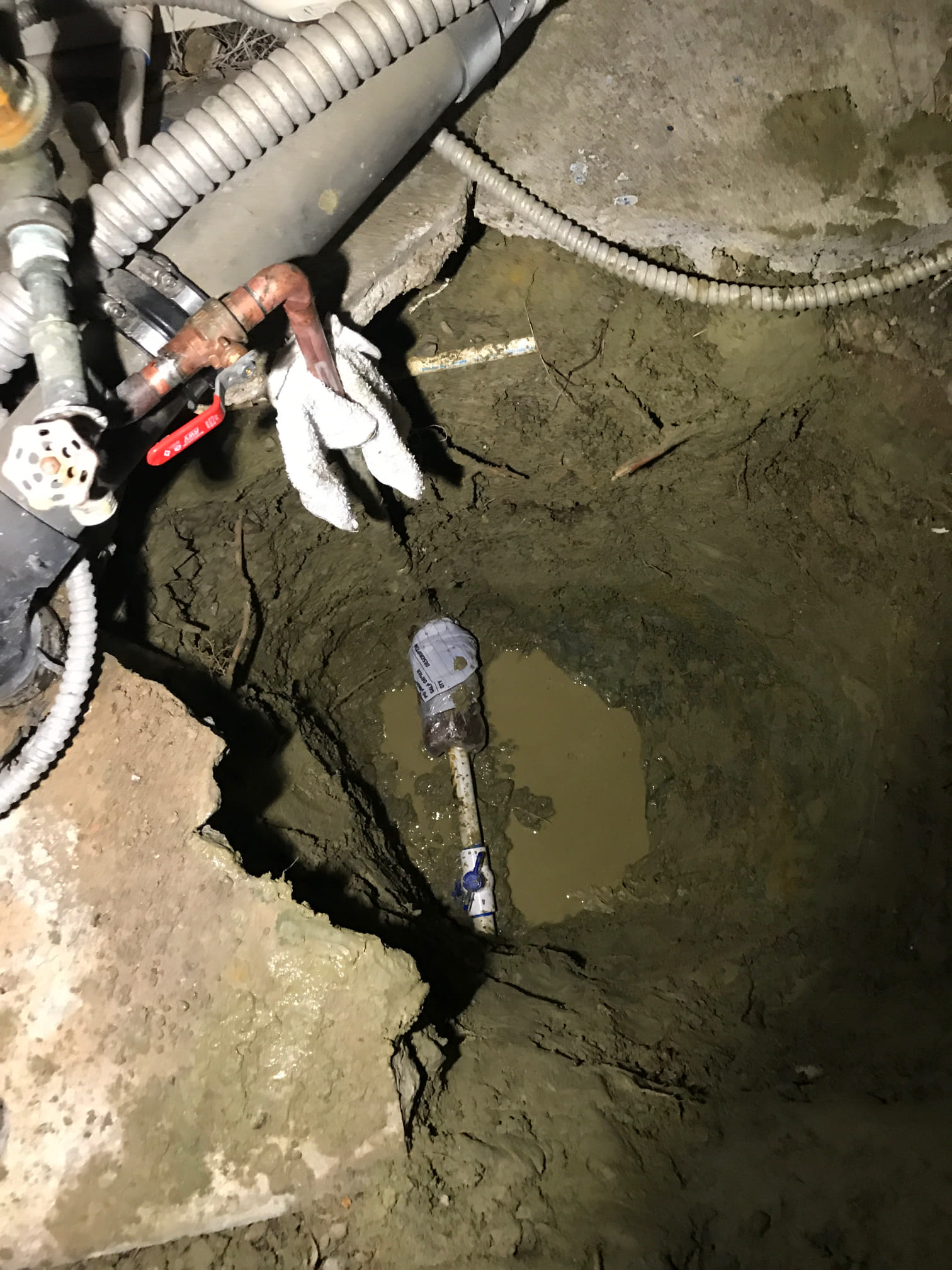 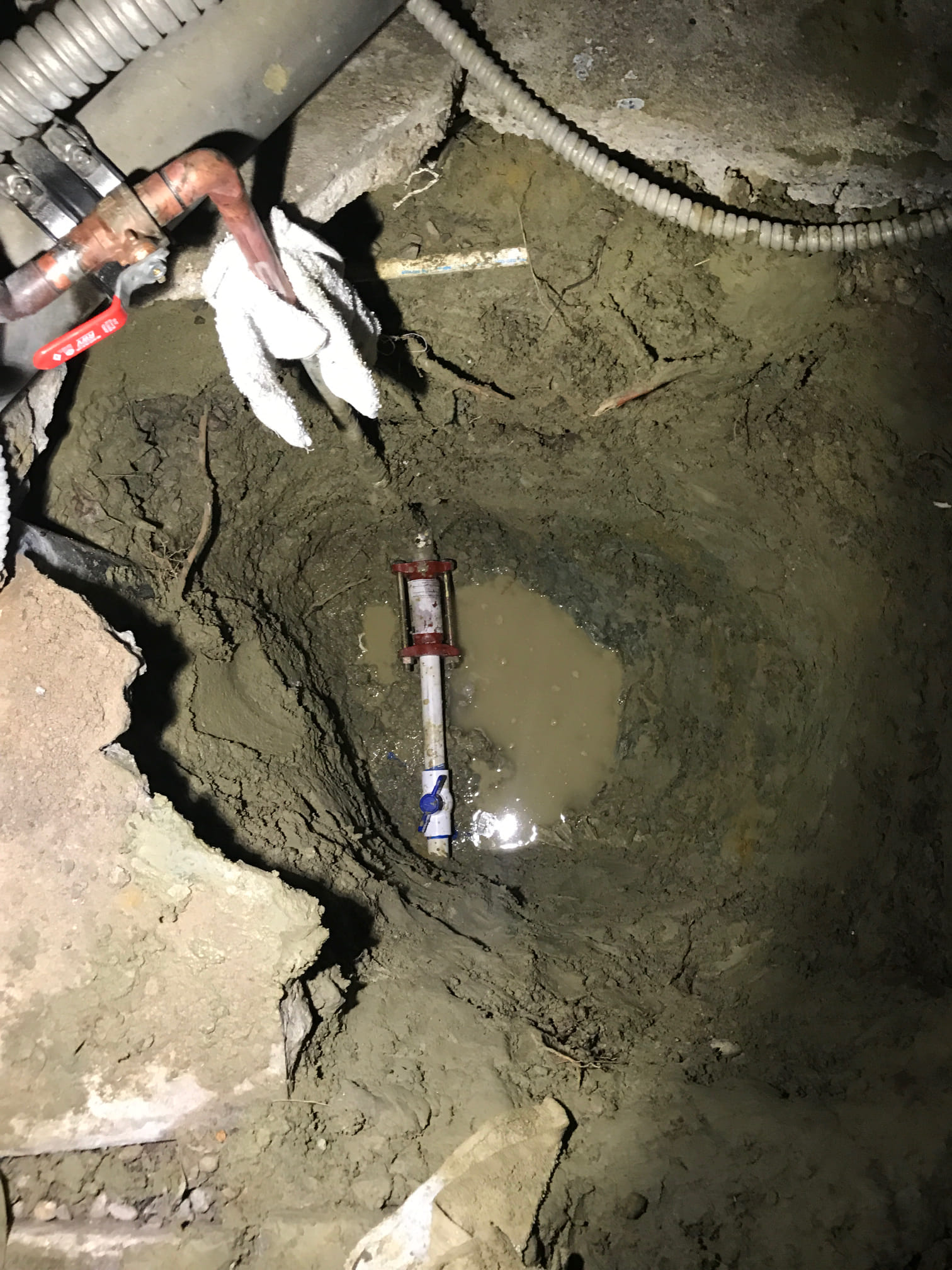