On site maintenance called ASAP Drain Guys and Plumbing to investigate a leak in the wall behind the bathtub. The leak was also presenting itself in the kitchen and bedroom walls. ASAP technician found the leak going into another unit from waste and overflow and another leak coming from shower valve tub spout causing water to build up  behind the walls. Approval was given to remove the tub in order to access both sides of the wall. Once the tub was removed, it was noticed that there were no p-traps installed. The technicians began to jackhammer and excavate down to install the new p-traps. While the walls were open, the technician installed a new shower valve to unit G. The trench was backfilled, concrete was patched and tub reinstalled. 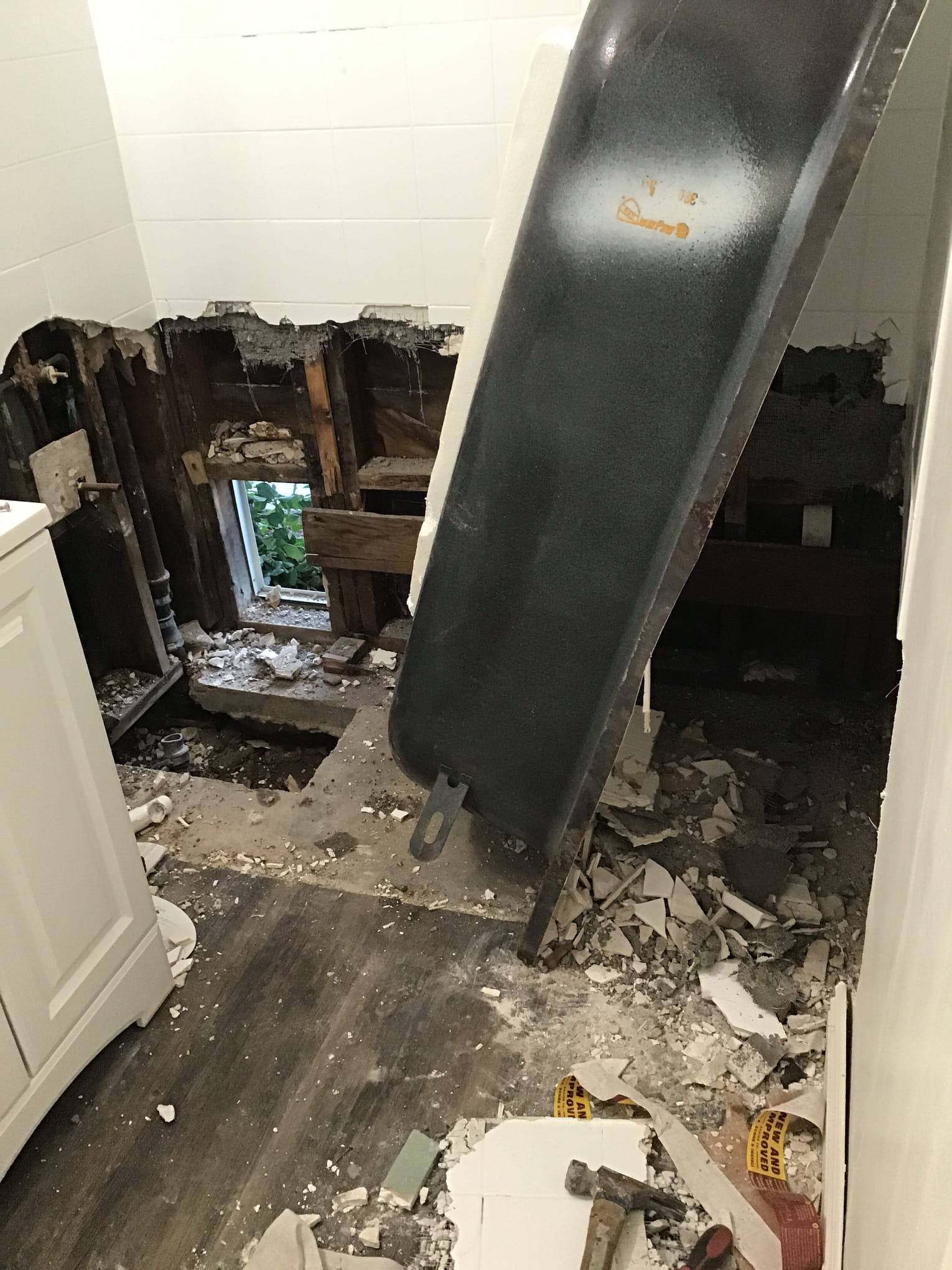 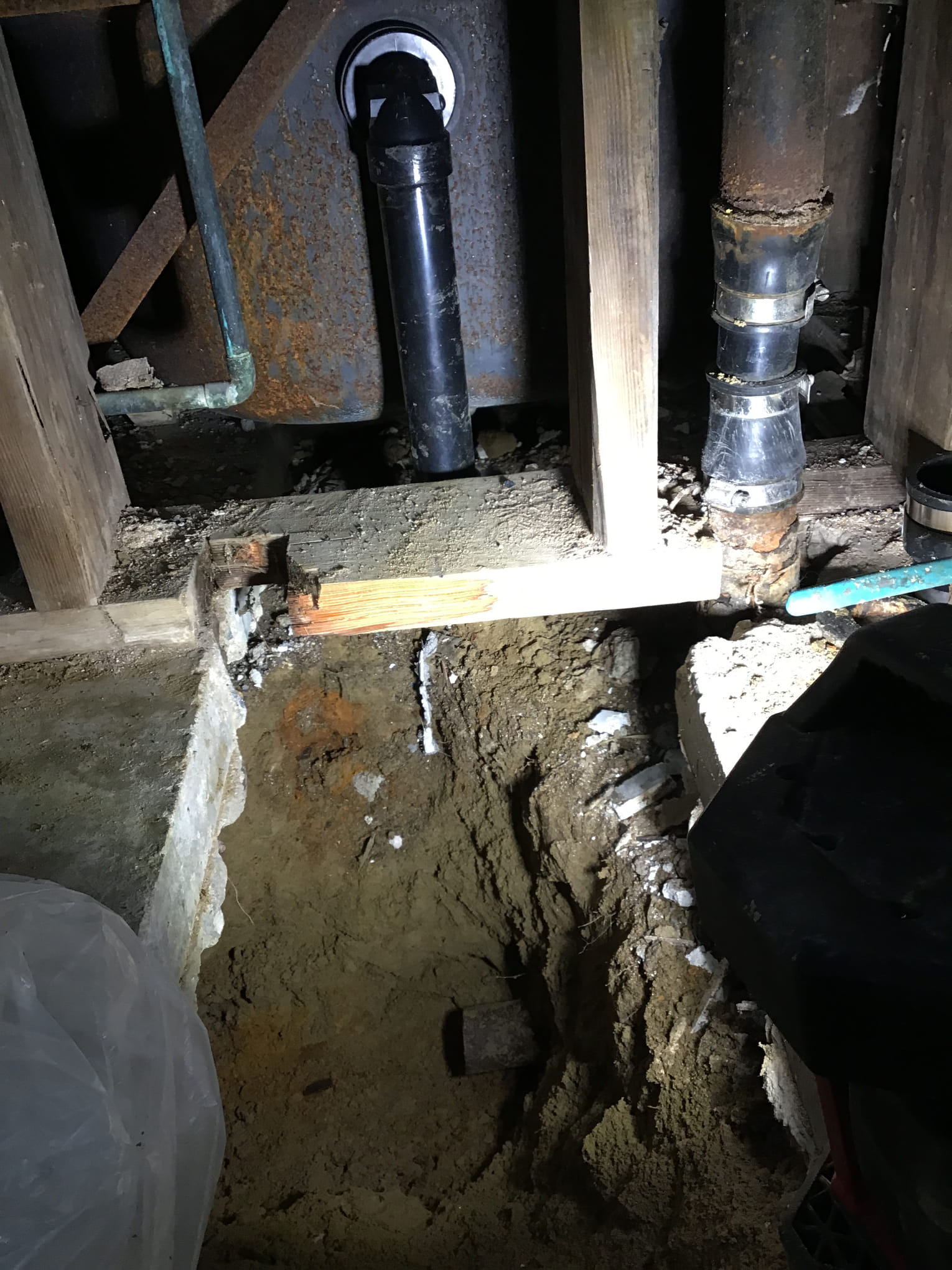 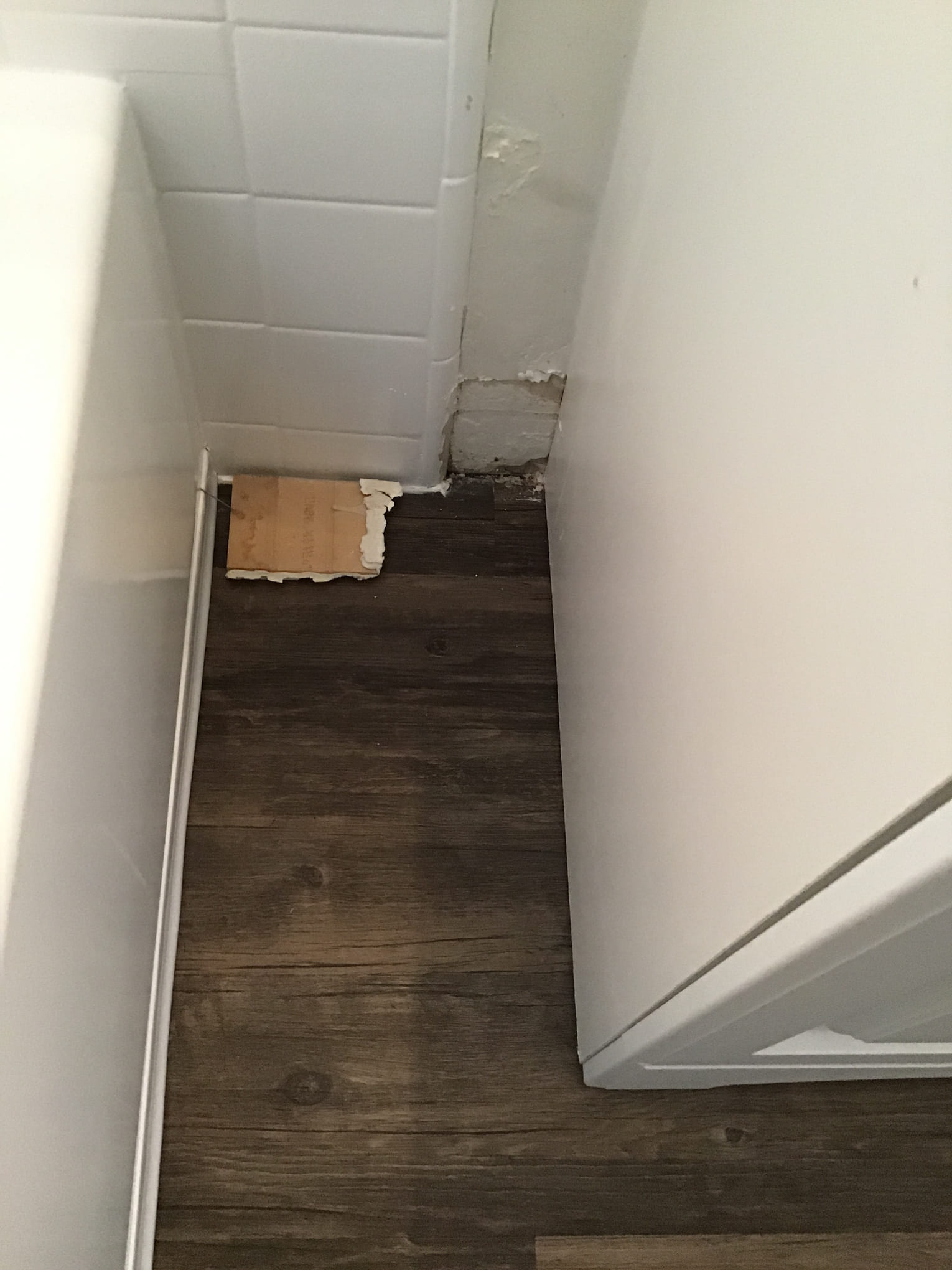 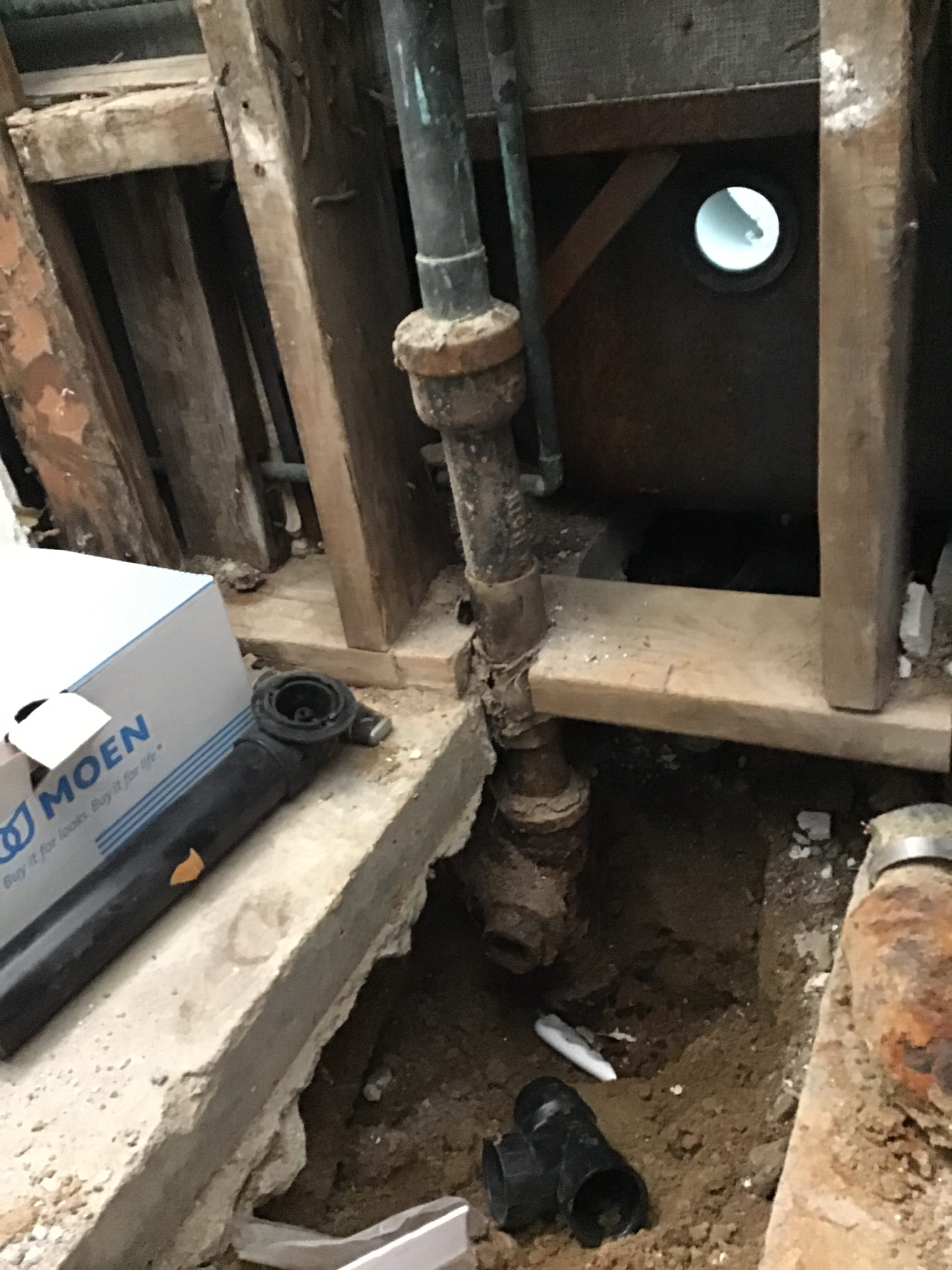