ASAP Drain Guys and Plumbing was called out to investigate a leaking pipe inside a stairwell case to the garage of a condo HOA. Upon arrival ASAP found a broken built in brick flower drain that was ran exposed in the stairwell. After receiving approval, ASAP began chipping away at the stucco and cement stair encasing 1/2″ combi. ASAP cut out the existing combi, no hub band and elbow and replace with new along with new section of ABS pipe, approximately 7ft of ABS. All the new parts were installed properly, glued together. 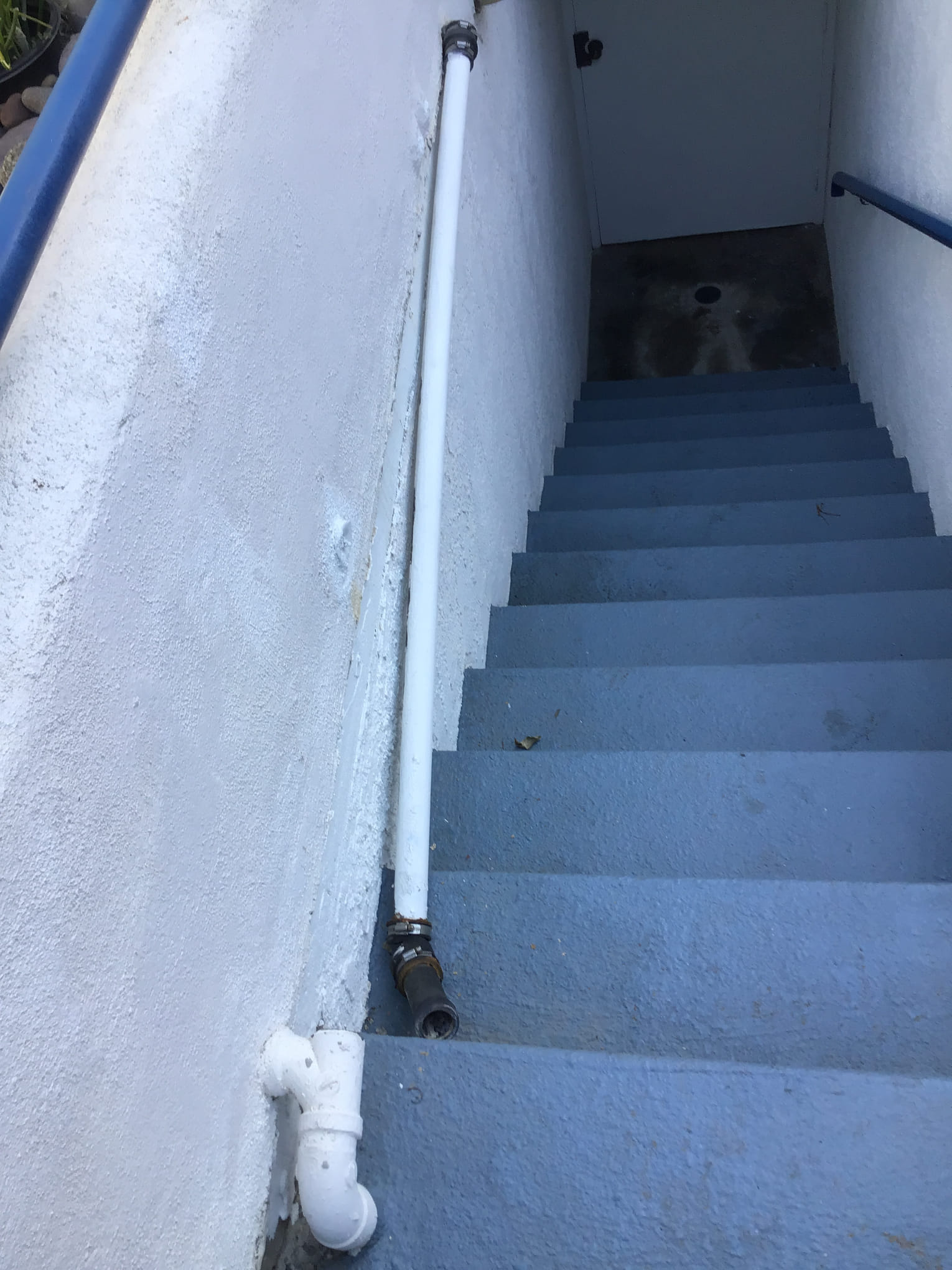 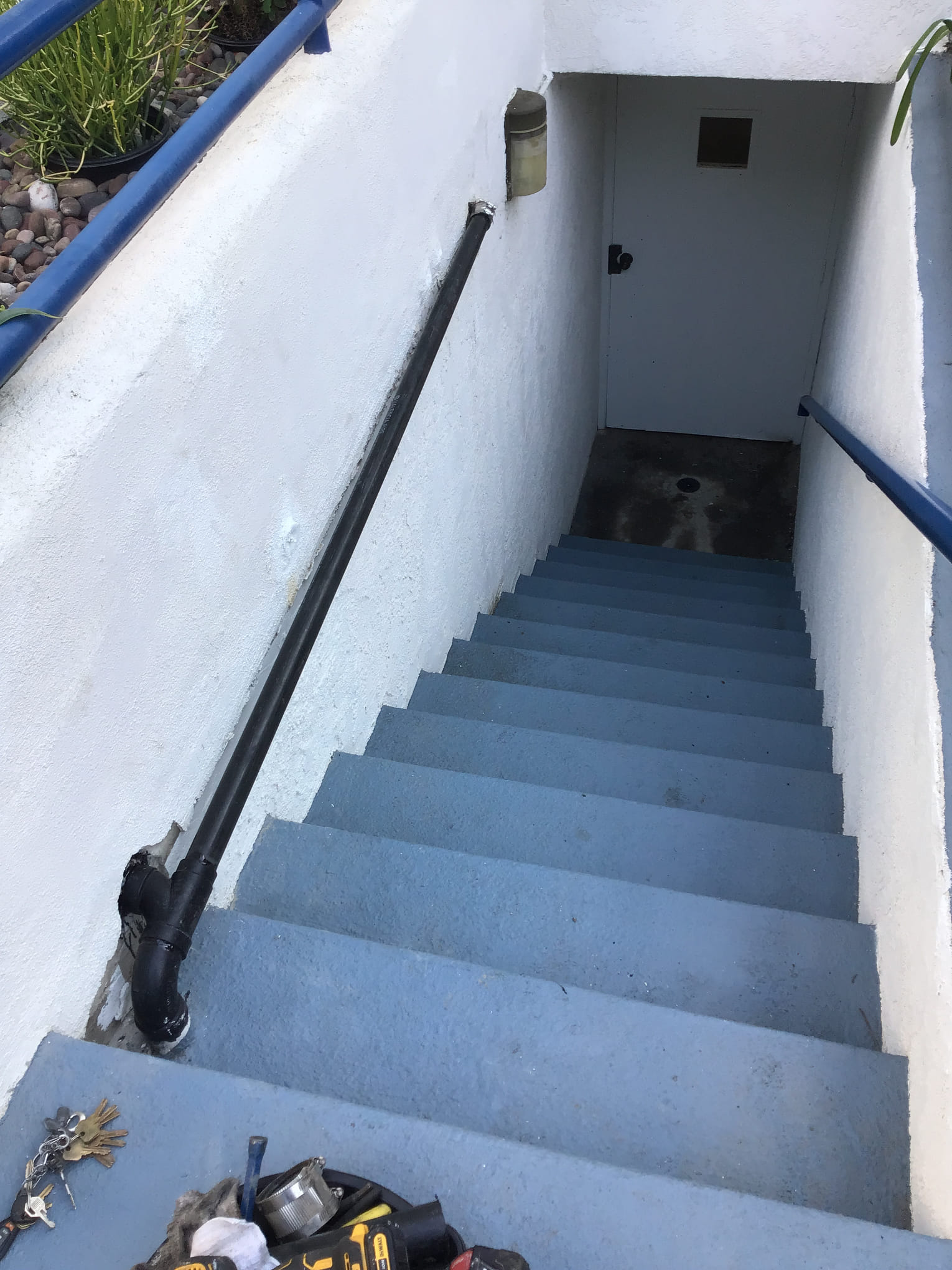