A property management company called ASAP Drain Guys & Plumbing to perform a leak investigation in a tenant’s unit. Upon arrival, the ASAP technician found that the double Santee in the wall was broken and leaking water.

The technician received approval of the repair from the management company. He cut and exposed the double Santee in the wall. He then cut out out the double Santee, removed the P-trap, continuous waste, garbage disposal, and both basket strainers for the sink. All showed signs of leaking.

The tech installed a new ABS Santee with a new waste arm. He also installed new basket strainers, garbage disposal, and P-trap. He connected the continuous waste, filled the sinks with water, and let the water sit to ensure the basket strainers were not leaking. Next, the tech let the water drain to test the connections. He found that the drain line was backed up from a clog.

The tech removed the P-trap and ran the cable snake twice approximately 20 feet and was able to clear the blockage. The blockage was due to grease buildup. He ran the water again and the back up had cleared. It was recommended to the management company that the line be regularly hydrojetted to prevent build up from grease. 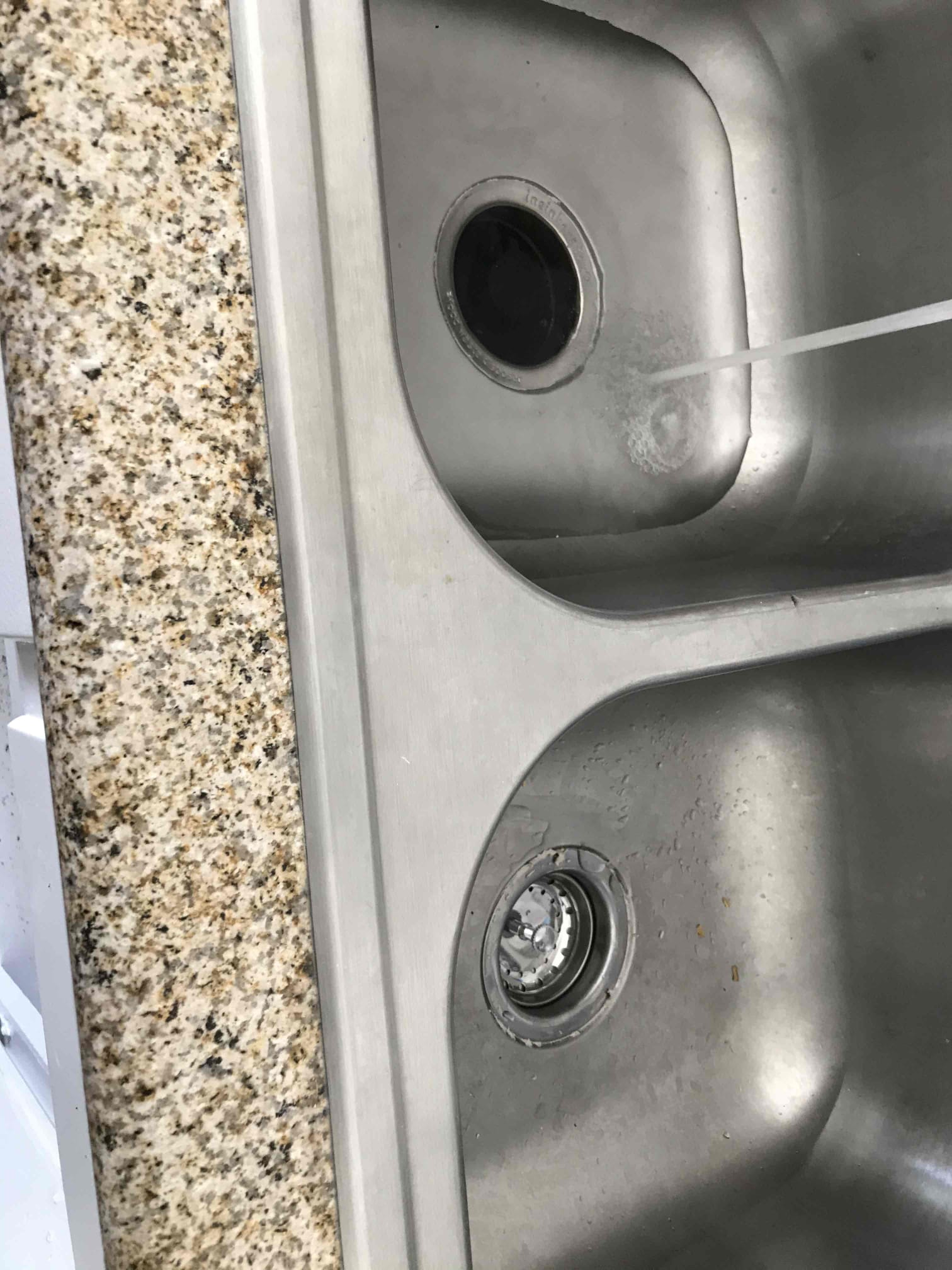 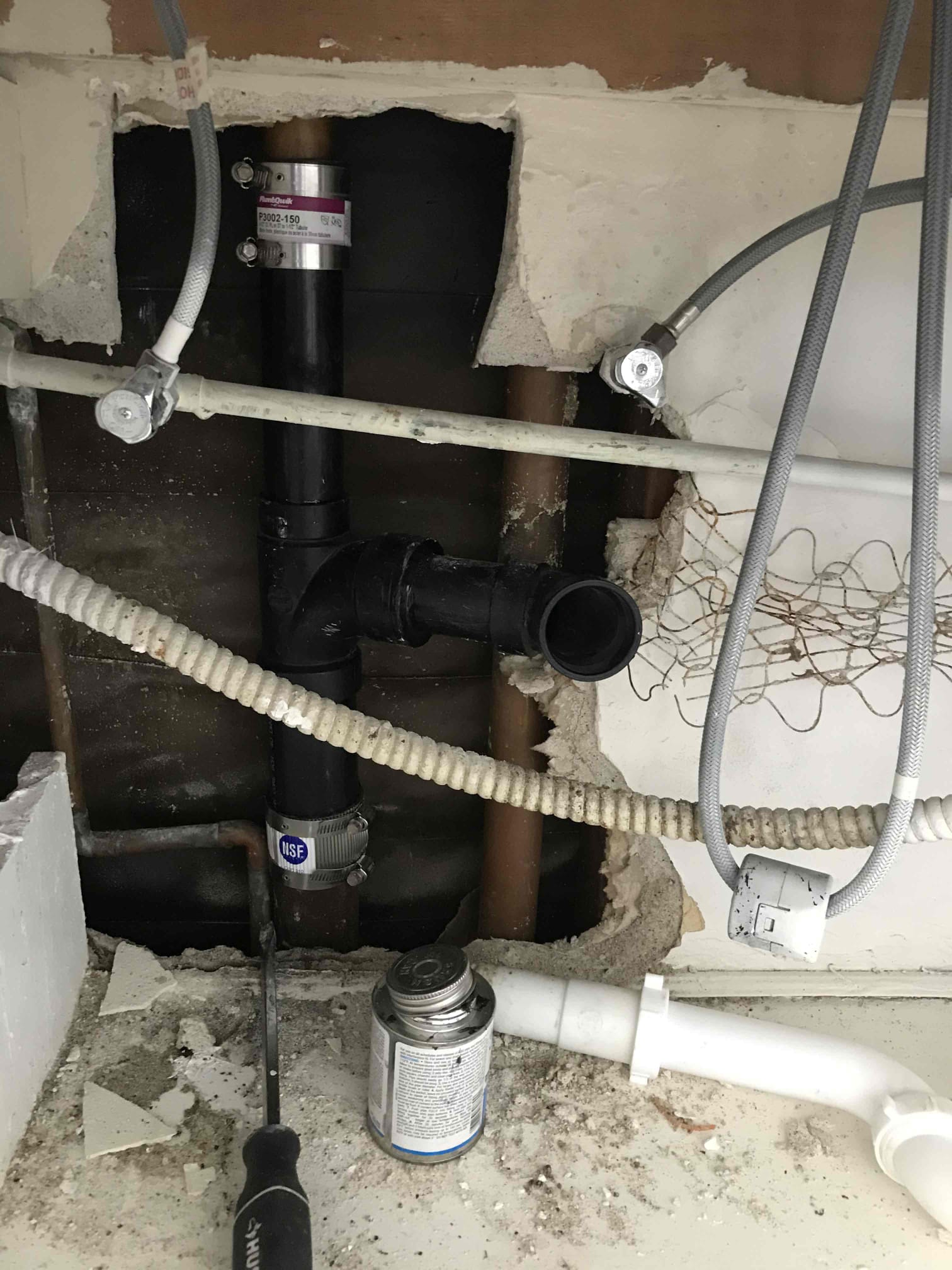 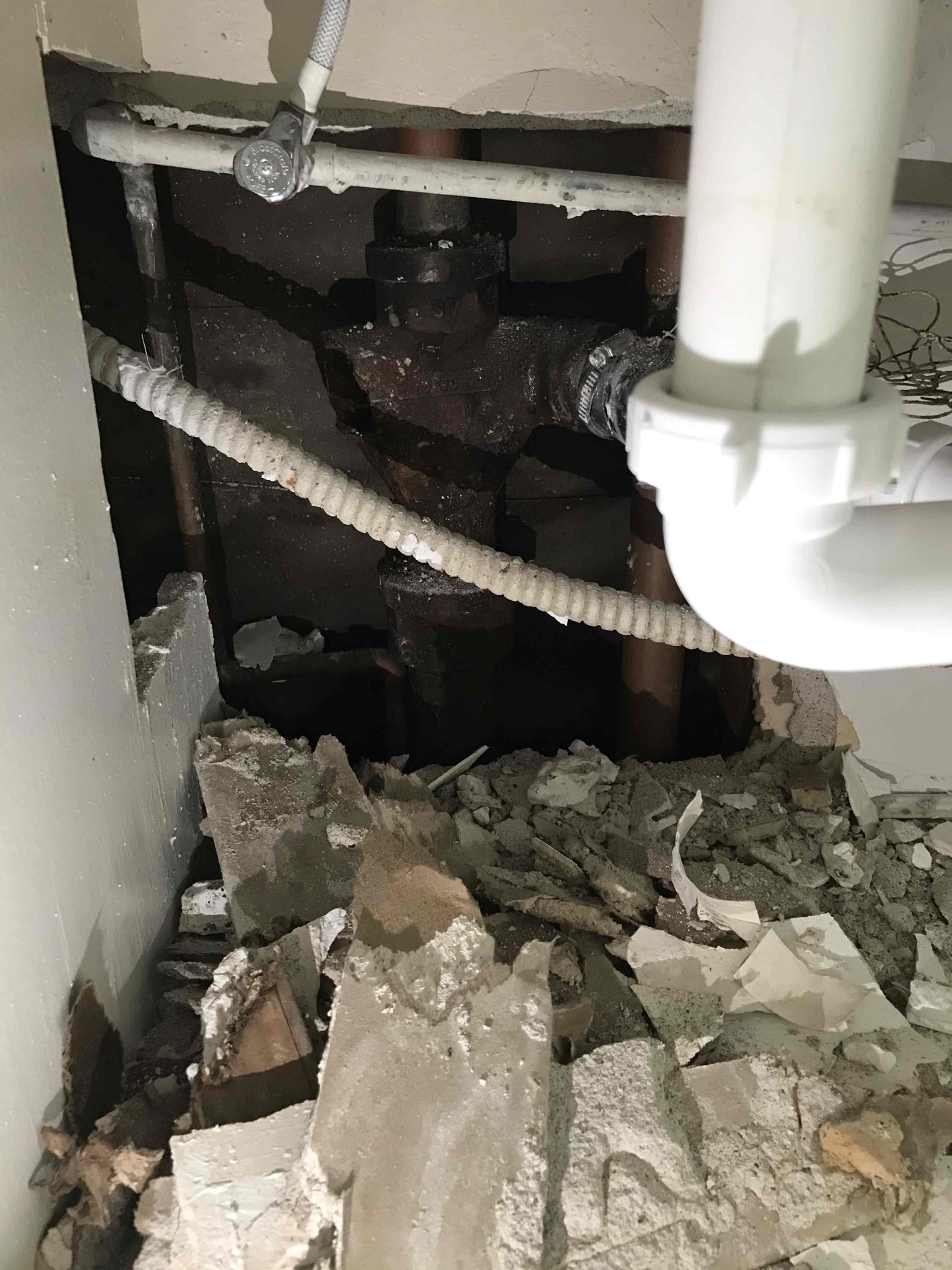 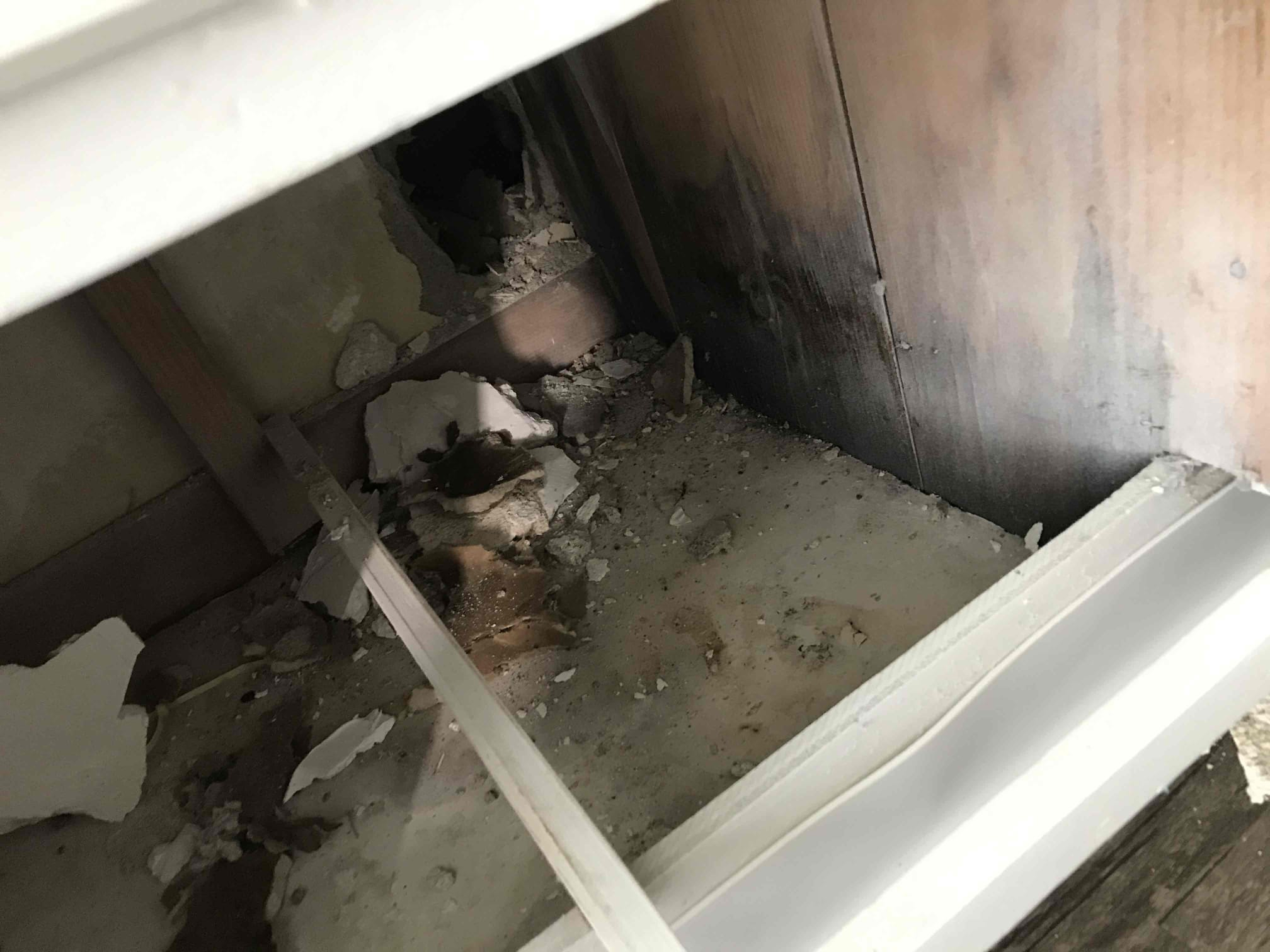 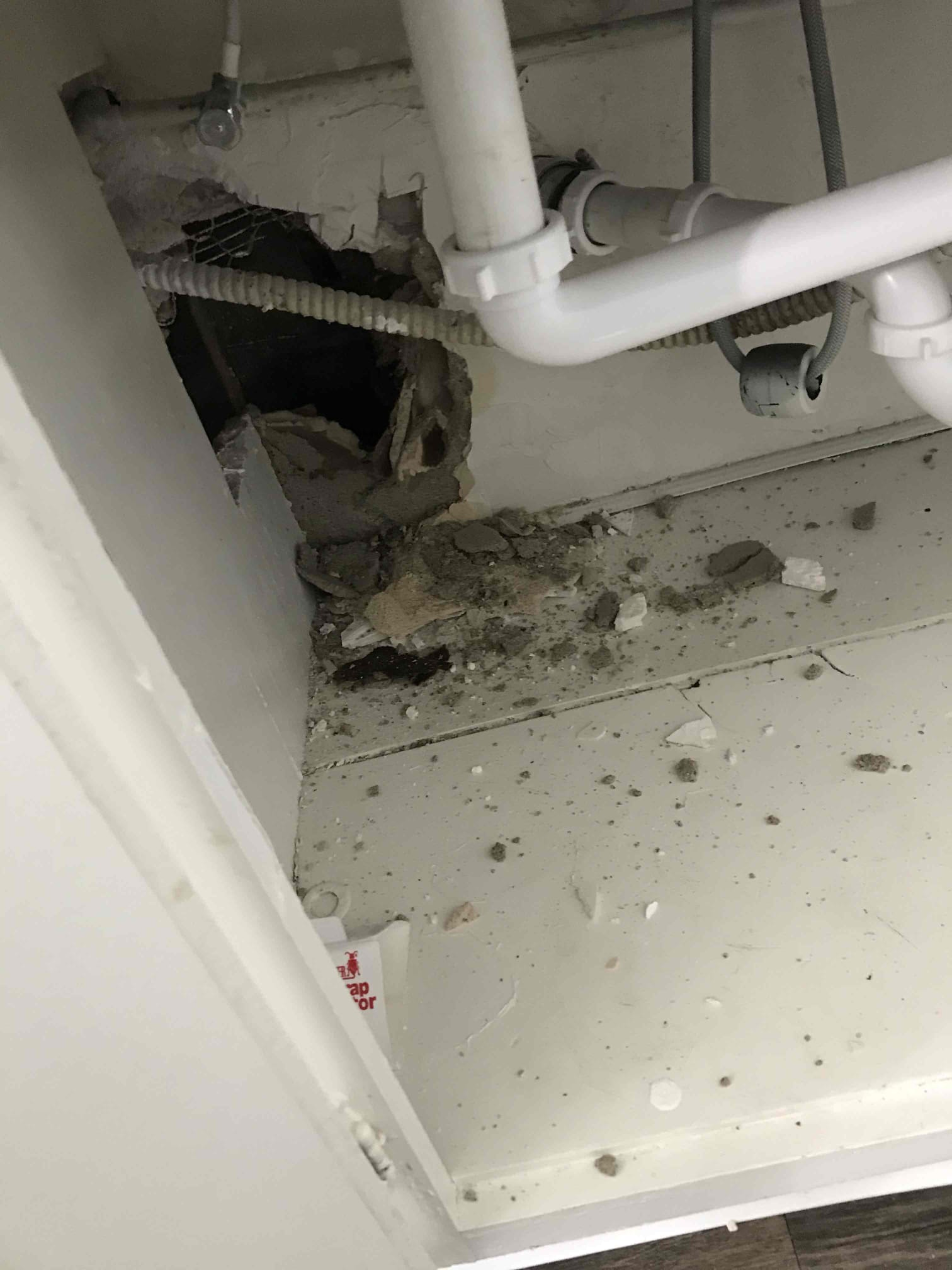 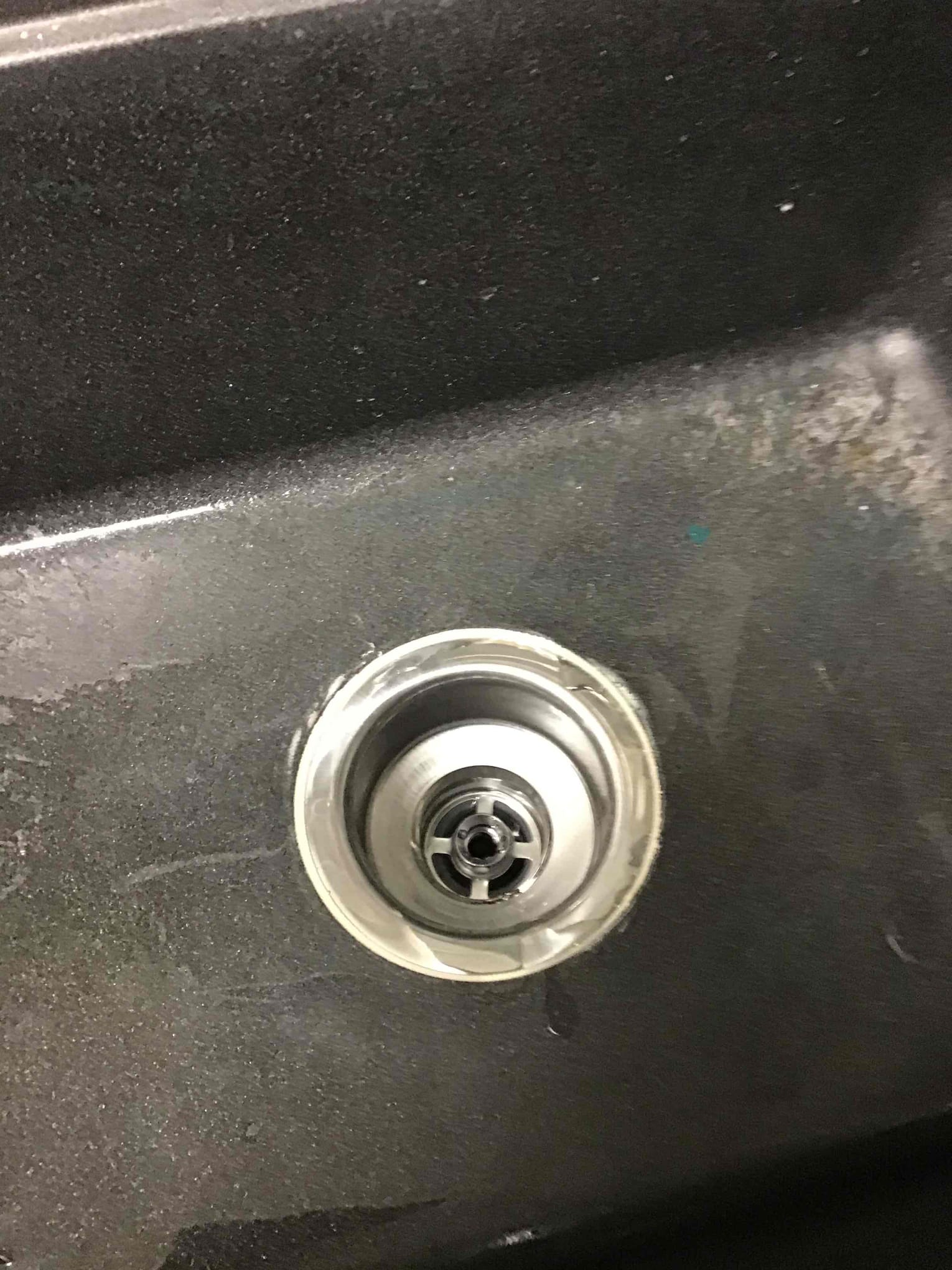 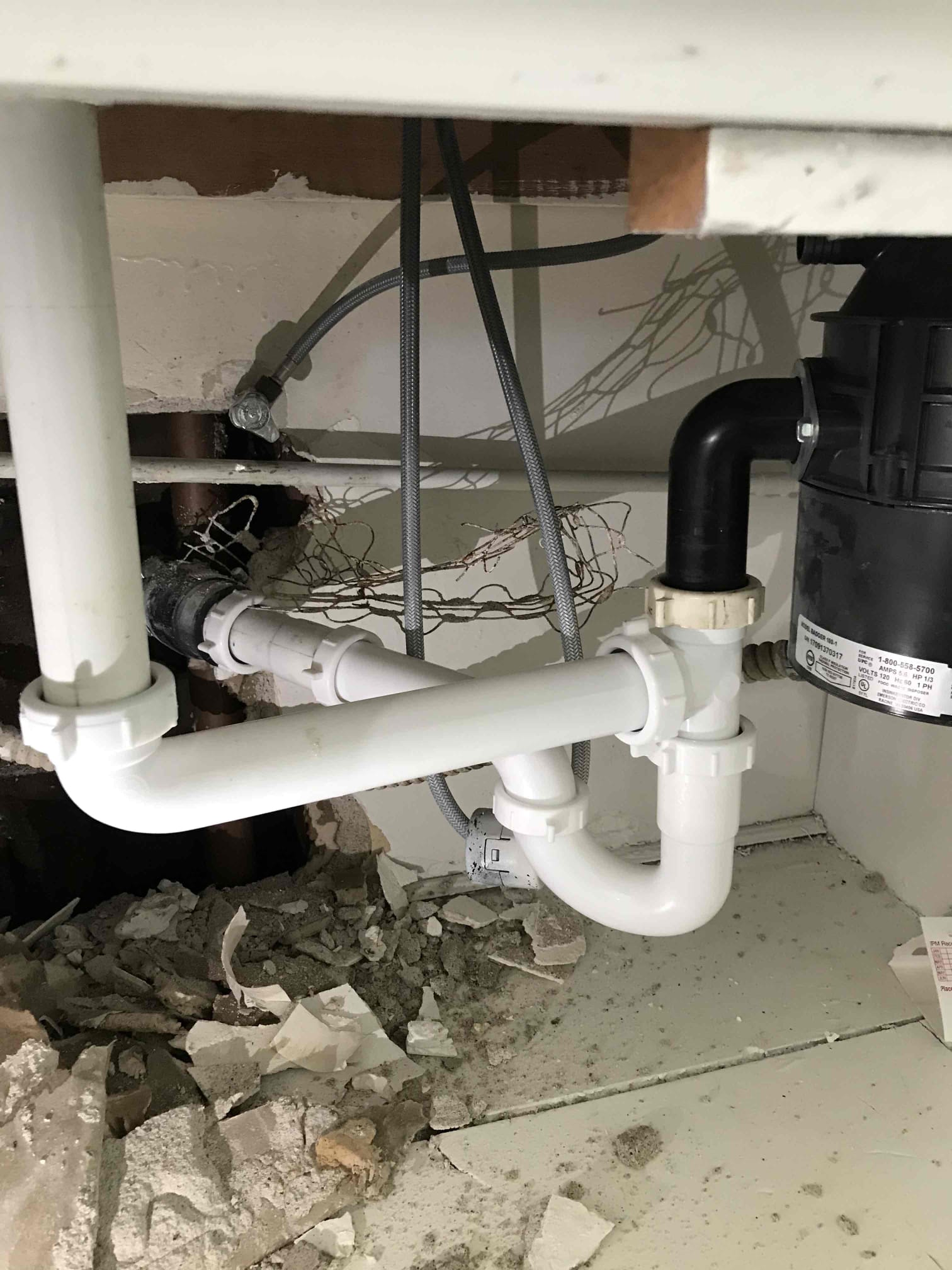 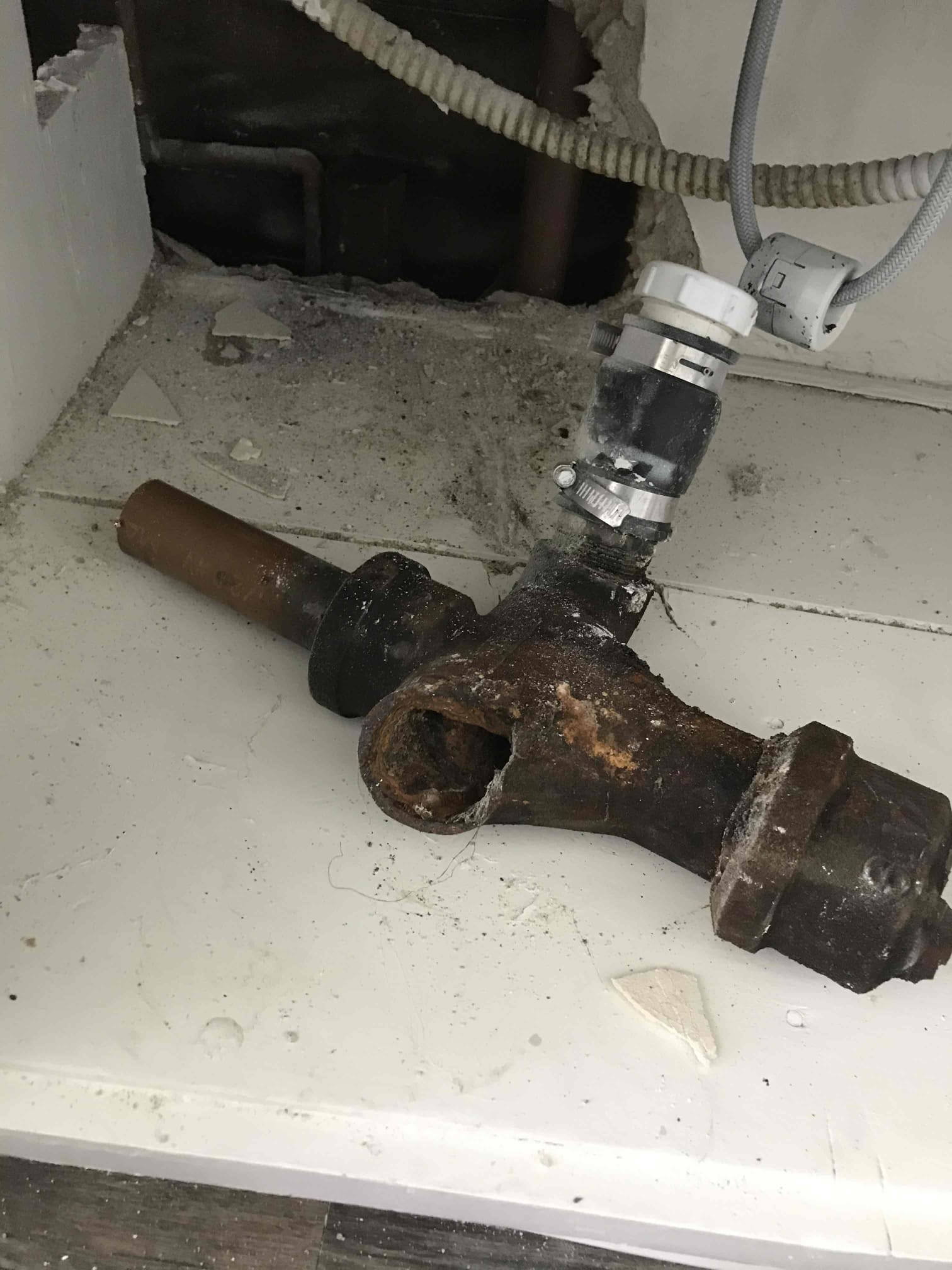 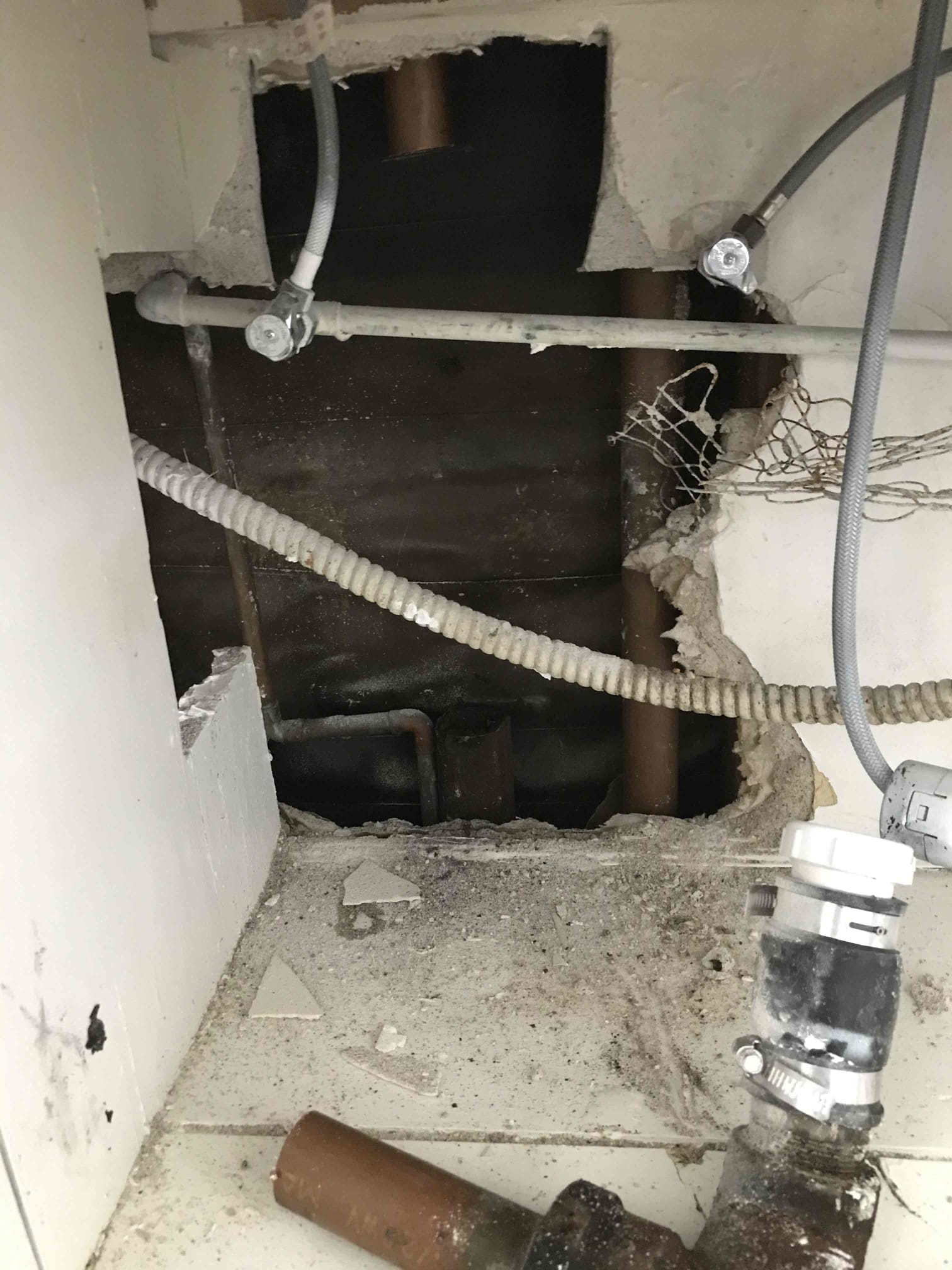 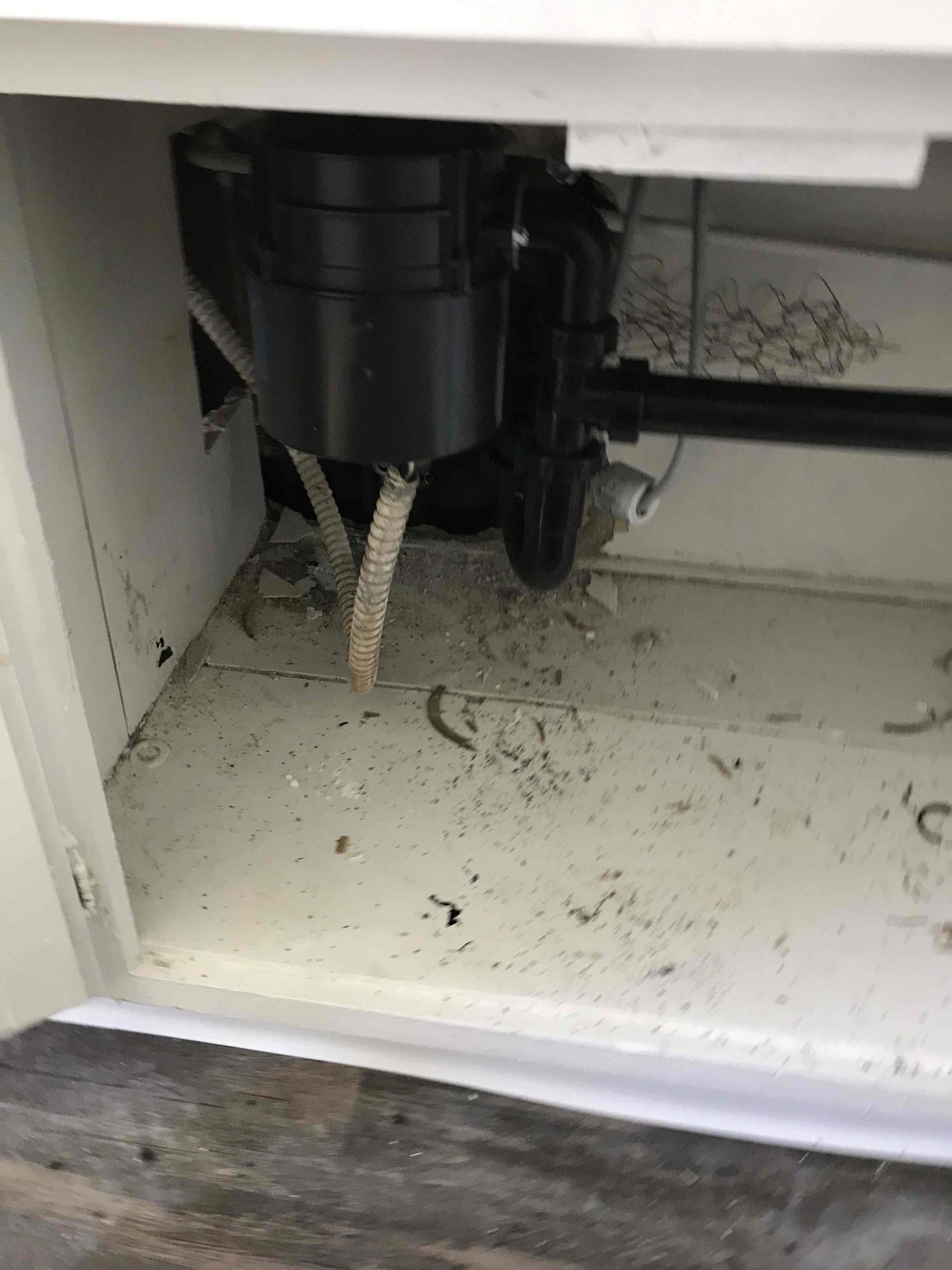 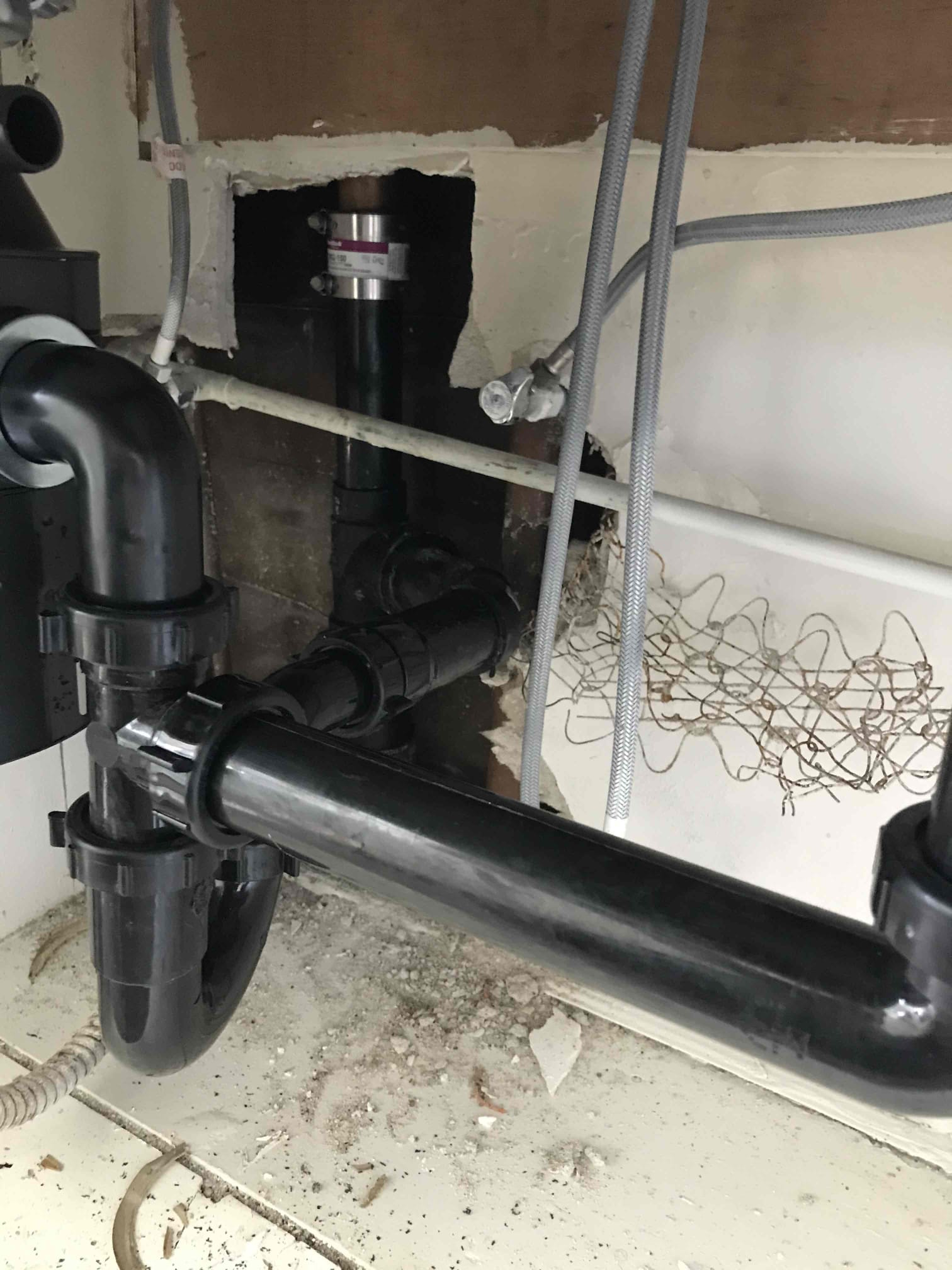 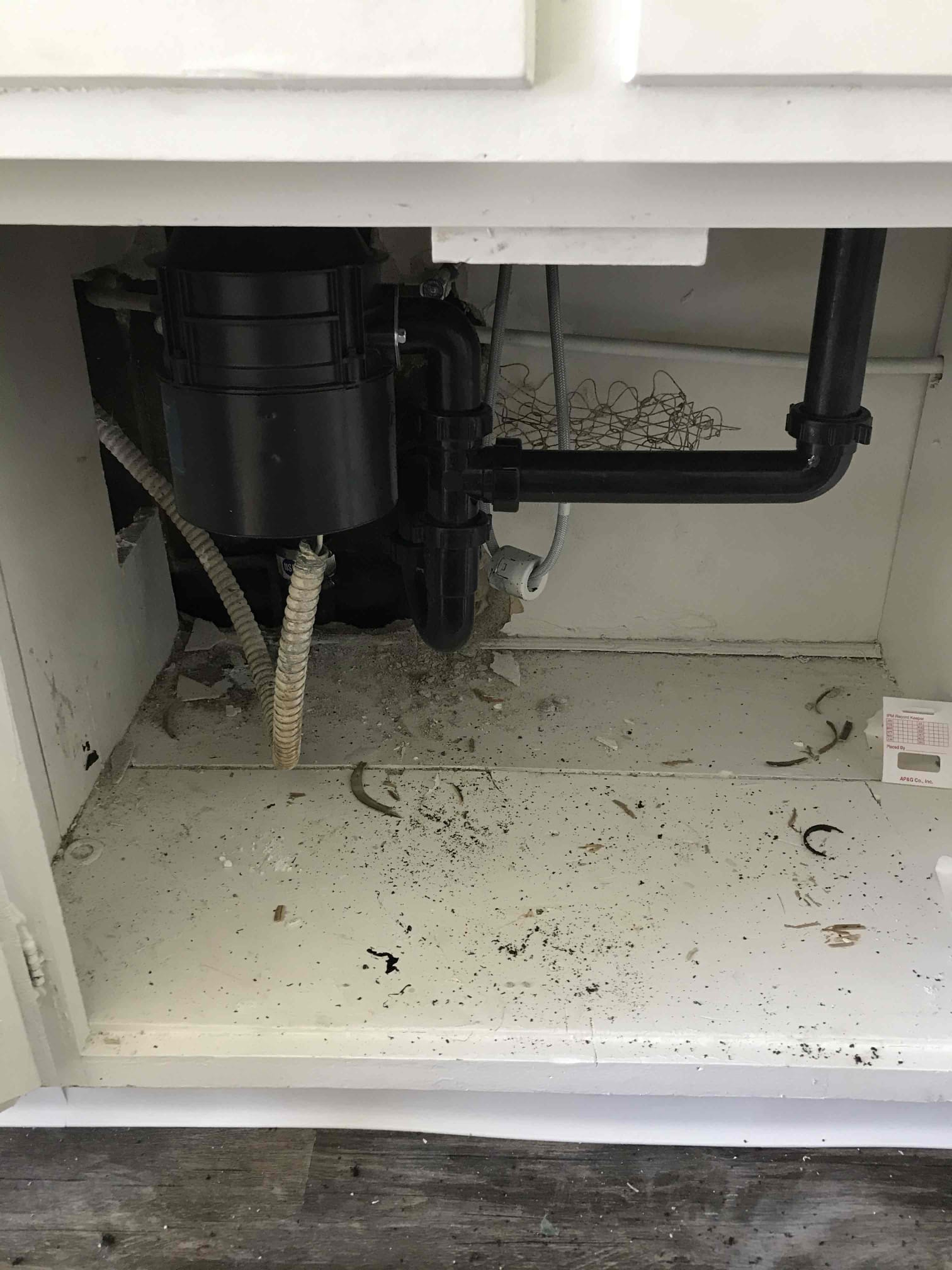