A home owner called ASAP Drain Guys & Plumbing because their toilet was leaking down into their garage ceiling.

The ASAP technician performed a leak investigation in the ceiling. He laid plastic around the work area to keep it clean. He then cut a hole in the ceiling of the garage. The drywall was removed to find a copper water line leak at fitting for 1/2″ pipe. The water supply was shut off. The leaking section of the pipe was cut out and a new pipe brazed together. The crack in the pipe has caused surface rust on the toilet drain.

The water supply was turned back on and bled through the tubs followed by the other plumbing fixtures. There are no leaks at this time.

The customer also informed the tech of a leak in the kitchen ceiling. The tech inspected the toilet due to its proximity to the kitchen. The toilet was not bolted down. The water was not a constant drip and it would be safe to assume the drip was due to an old wax ring. The tech replaced the wax ring. 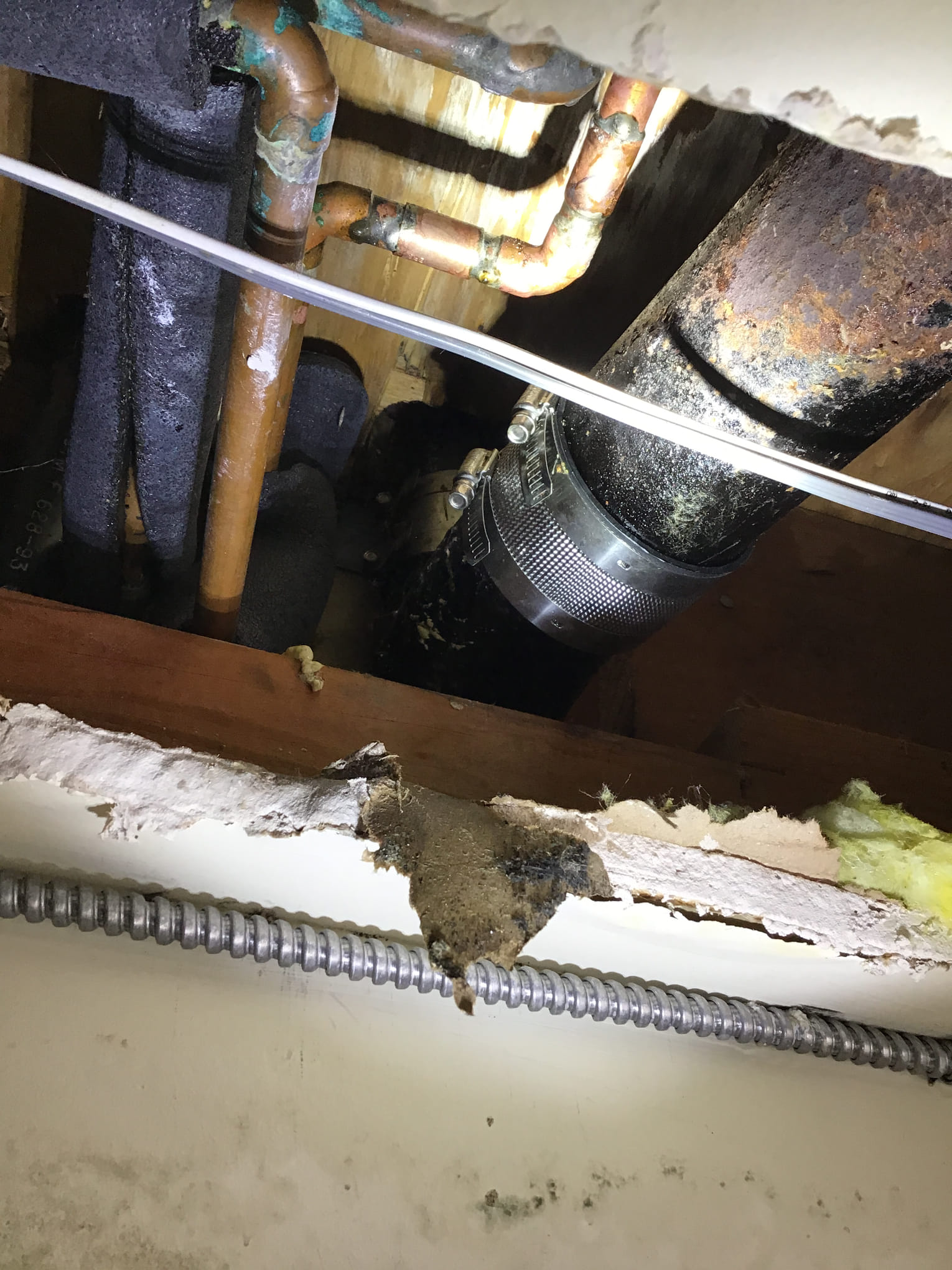 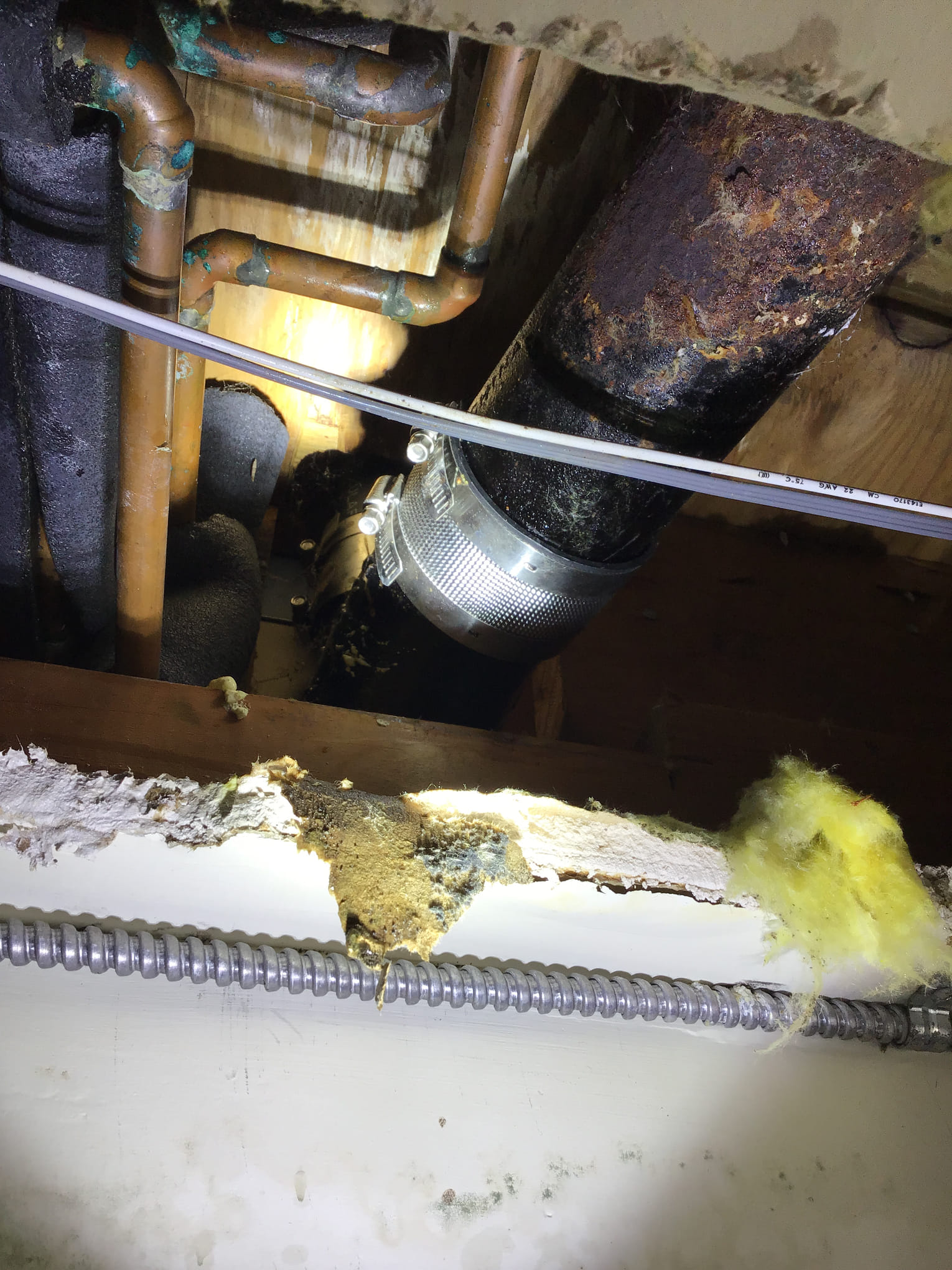 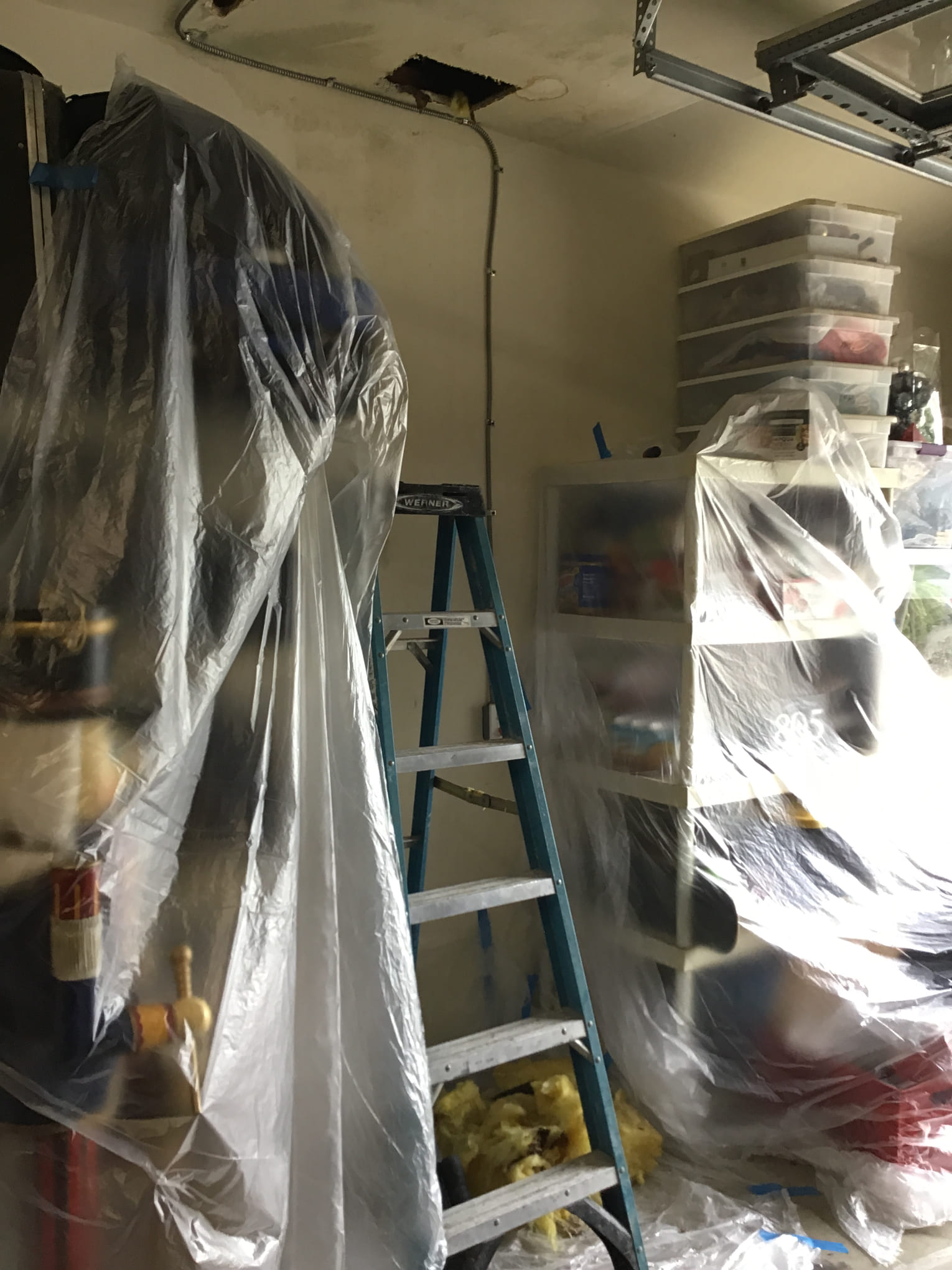 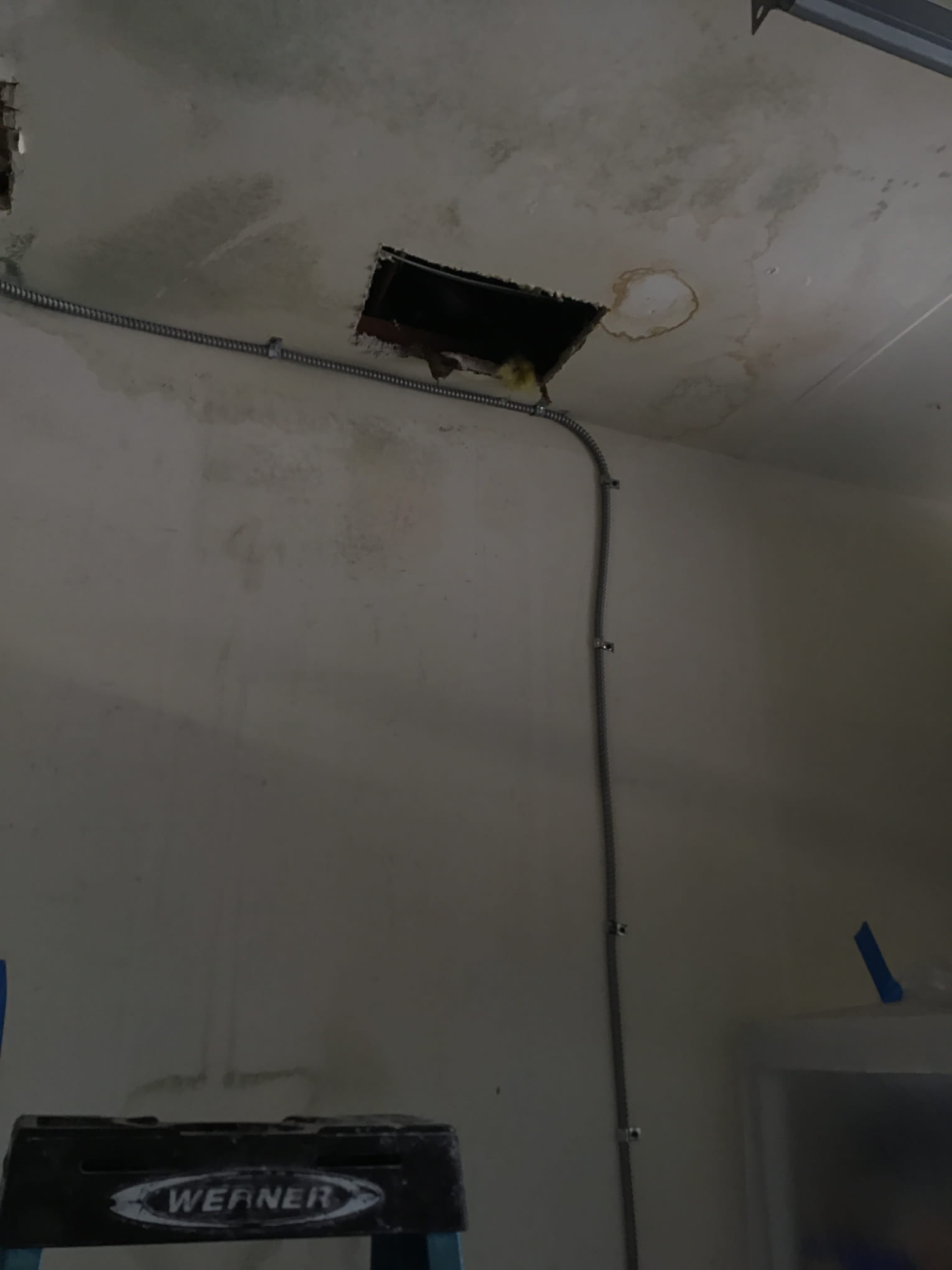