ASAP Drain Guys & Plumbing was called out for a mainline backup. The technician arrived on site and located four cleanouts on the exterior of the building. The technician found the cleanouts were installed incorrectly but luckily found a vent in the janitors room and was able to run a snake through that point of access. The snake went out about 60′ before clearing the blockage. Hand wipes were found in the line causing the mainline to backup. I was recommended to install proper cleanouts in order to properly clean out the piping thoroughly and be able to provide a warranty on the drain cleaning.

The following day, the mainline backed up again, this time in the bathroom. Upon arrival, the bathroom was found to be flooded. The technician returned to the vent in the janitorial room and snaked downstream 34′ before clearing the obstruction. The cause of stoppage was a plumbing blow bag and a steak knife. A camera inspection was completed and recommended to have the line excavated and remove the objects.

ASAP received approval to proceed with the recommendation and began the work by locating the sewer main. Once the line was located the technicians began by saw cutting concrete in the janitors room to trench down approximately 4 ft down. Once the line was exposed, a section of the sewer line was cut out in an attempt to retrieve the objects but were unsuccessful. A snake was ran through the line to push the objects out to the city main and out of the buildings sewer line. A video inspection was completed again to ensure the line was clear of obstructions. The trench was then backfilled and a rough patched the concrete. 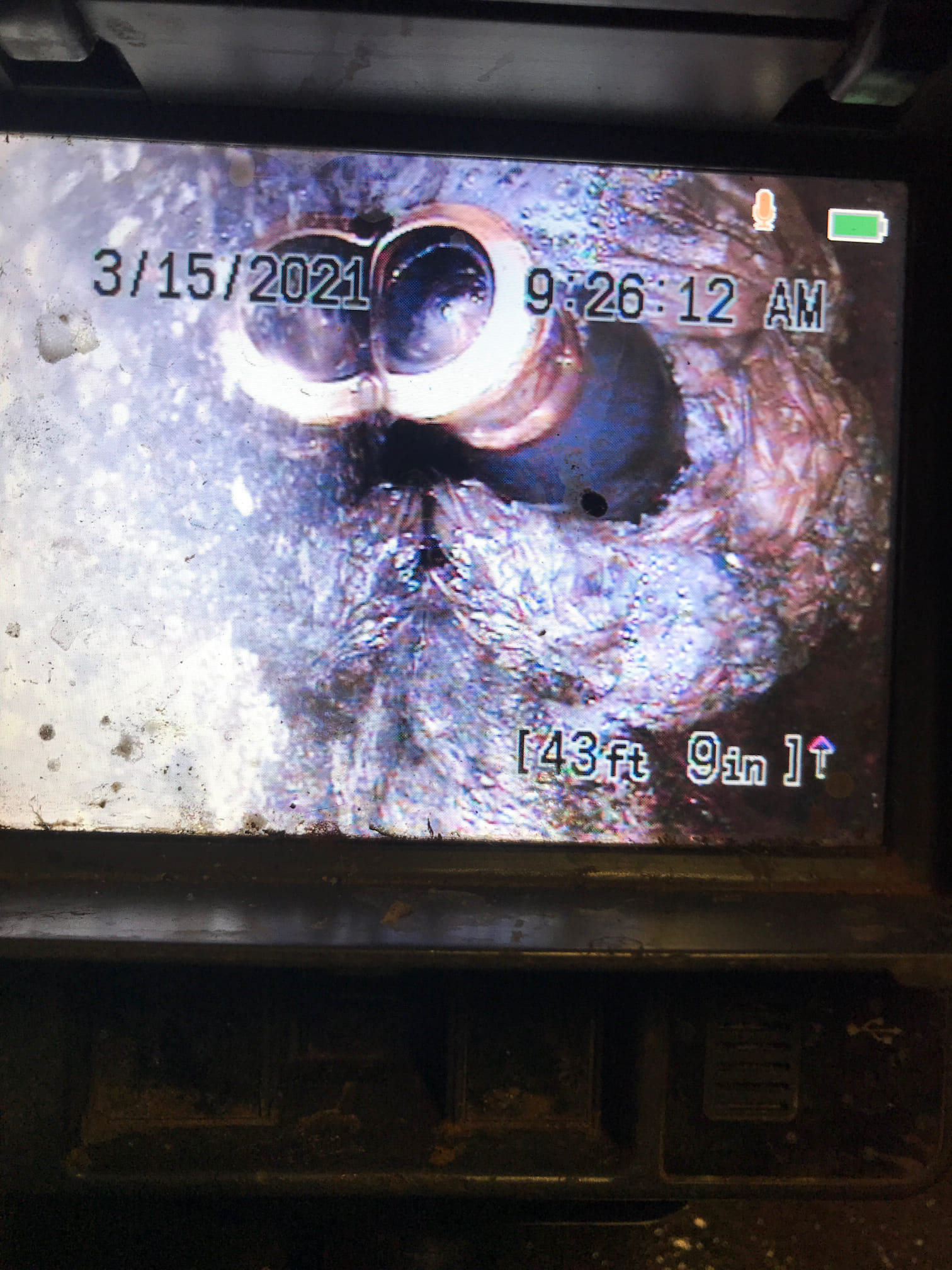 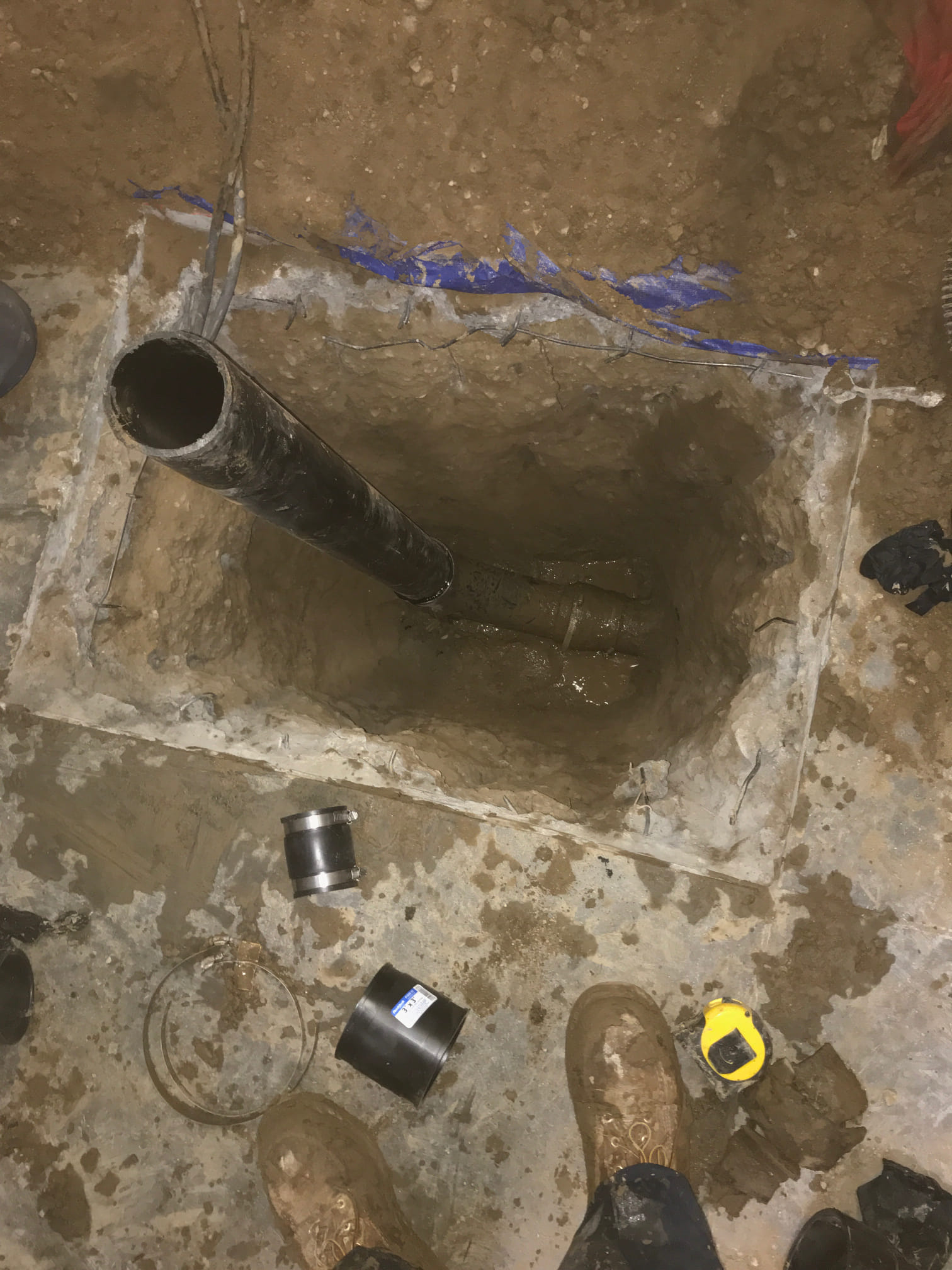