A realty company called ASAP Drain Guys & Plumbing to investigate a leak reported at an apartment complex in Fallbrook, CA. It appeared the leak was coming from the sewer line but upon arrival the technicians found the water was shut off to the building. The technician turned the water back on to the building and found the main water line was leaking. The onsite manager called a leak locating company to pinpoint where the leak was.

After the leak locating company came out it was determined the leak was underneath concrete. Approval was given to jackhammer up the concrete and dig a trench to expose the compromised pipe. The pipe was a 2″ PVC pipe and the leak was coming from a 2″ PVC 90. The broken section of pipe was cut out, removed and replaced by gluing in a new section of PVC pipe. Bolts were then connected to 2in mechanical coupling and water was restored to the property. All air was bled out of plumbing system by turning on hose bibs on the property. Once repairs were completed, it was tested for leaks. there were no leaks present at the time of testing. The mechanical coupling was then wrapped and coated and work area cleaned up. 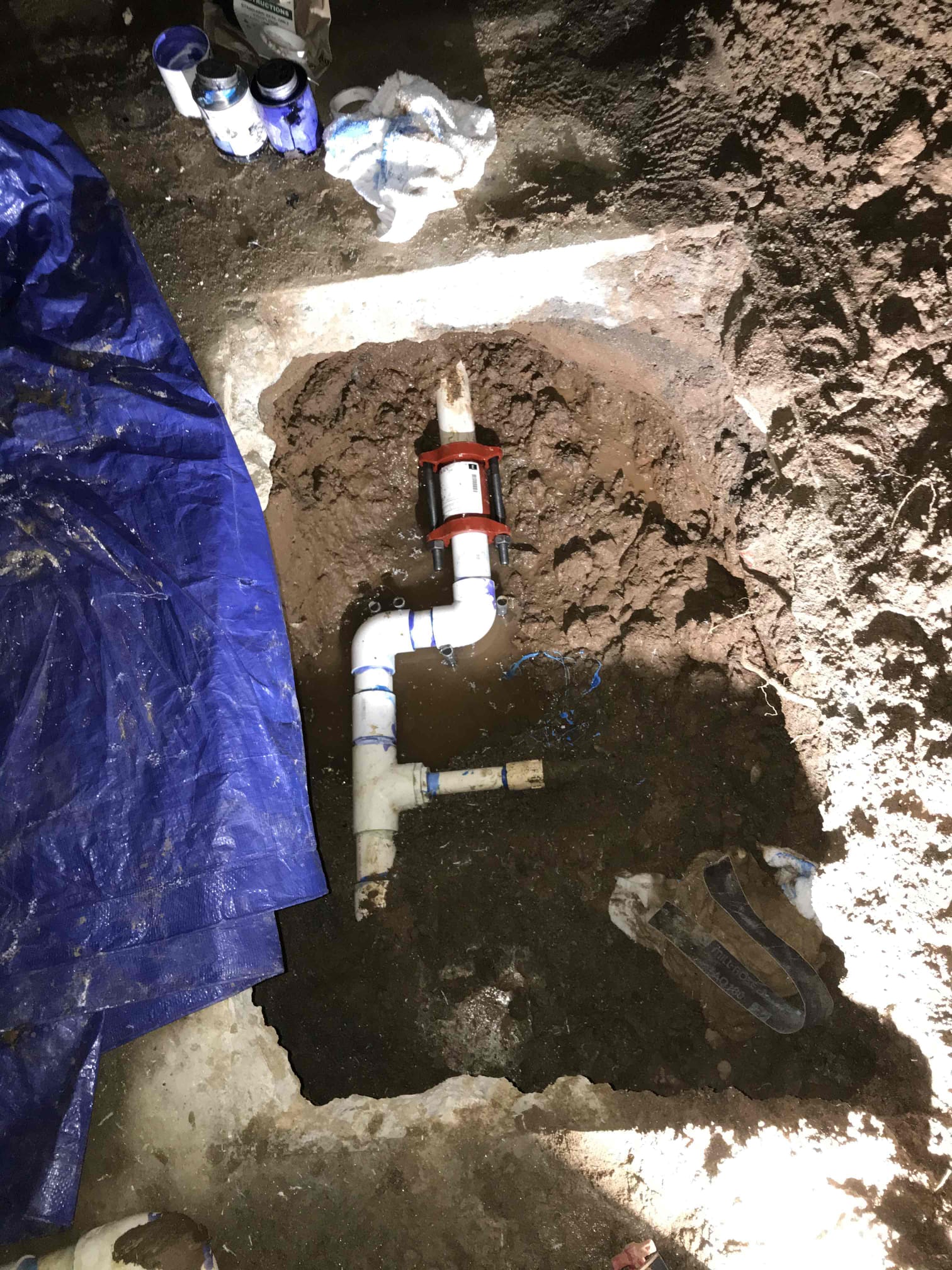