ASAP Drain Guys and Plumbing was called out to provide an estimate to repipe water lines for a downstairs unit that had a leak and flooded out. We proposed to use new piping and strapping down the pipes within the wall. The existing unit was piped in Quest piping which is known to have a recall and is now obsolete.

Technicians began by cutting out sections of drywall and cutting access holes to replace shower valves, if necessary. While installing the new piping, the technicians were unable to connect new PEX pipe to existing shower valves and angle stops. It was necessary to replace the shower valves and a total of 11 angle stops.  The existing stubs outs and shower valves had Quest pipe adapters soldered on at fittings with no room to cut out. The technicians also rerouted  main cold water line in ceiling to upstairs unit due to pipe being made from Quest. It is recommended to repipe all Quest piping as the fittings used to reconnect to Quest are not permanent fittings and could cause a leak in the future. 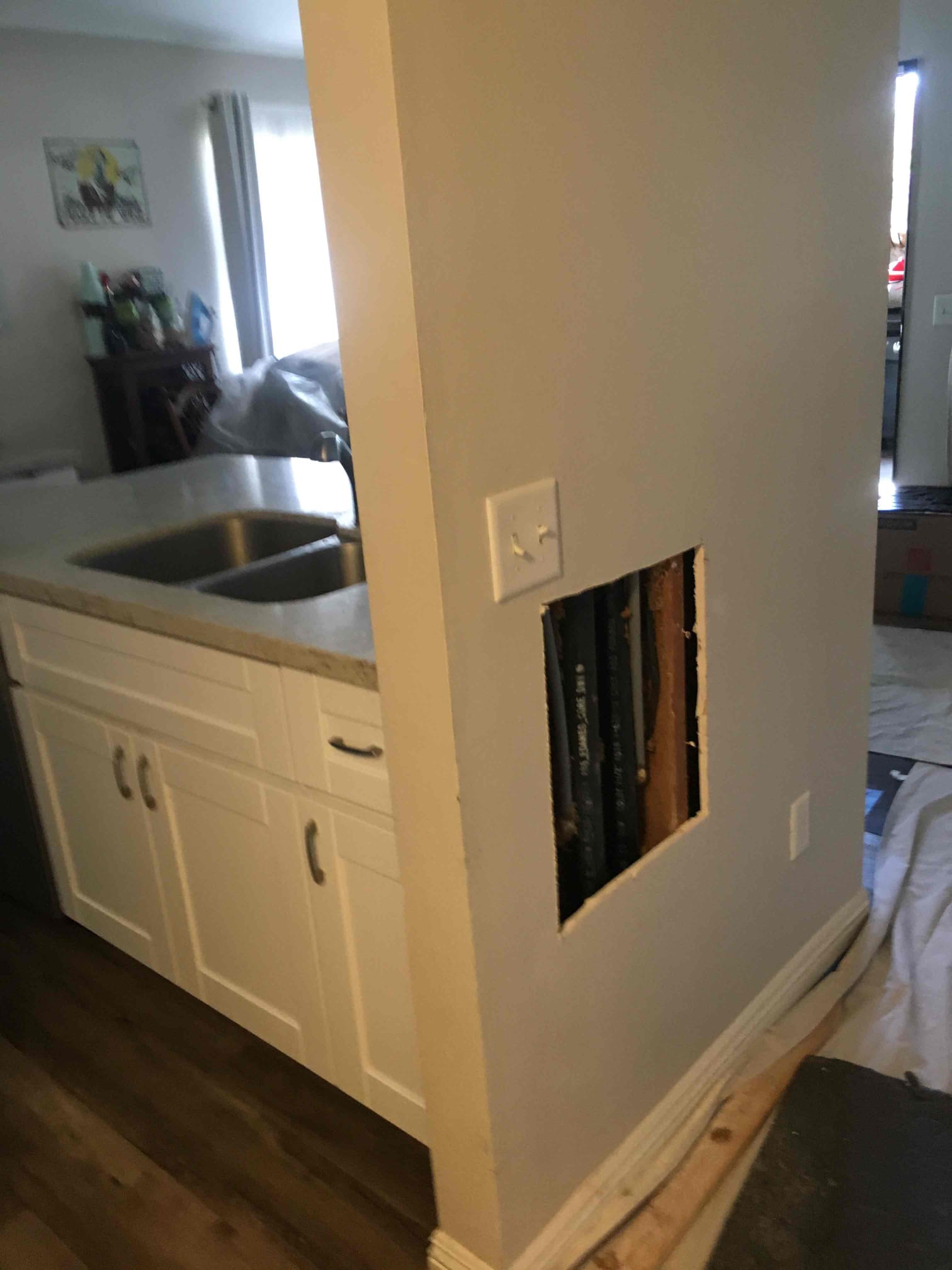 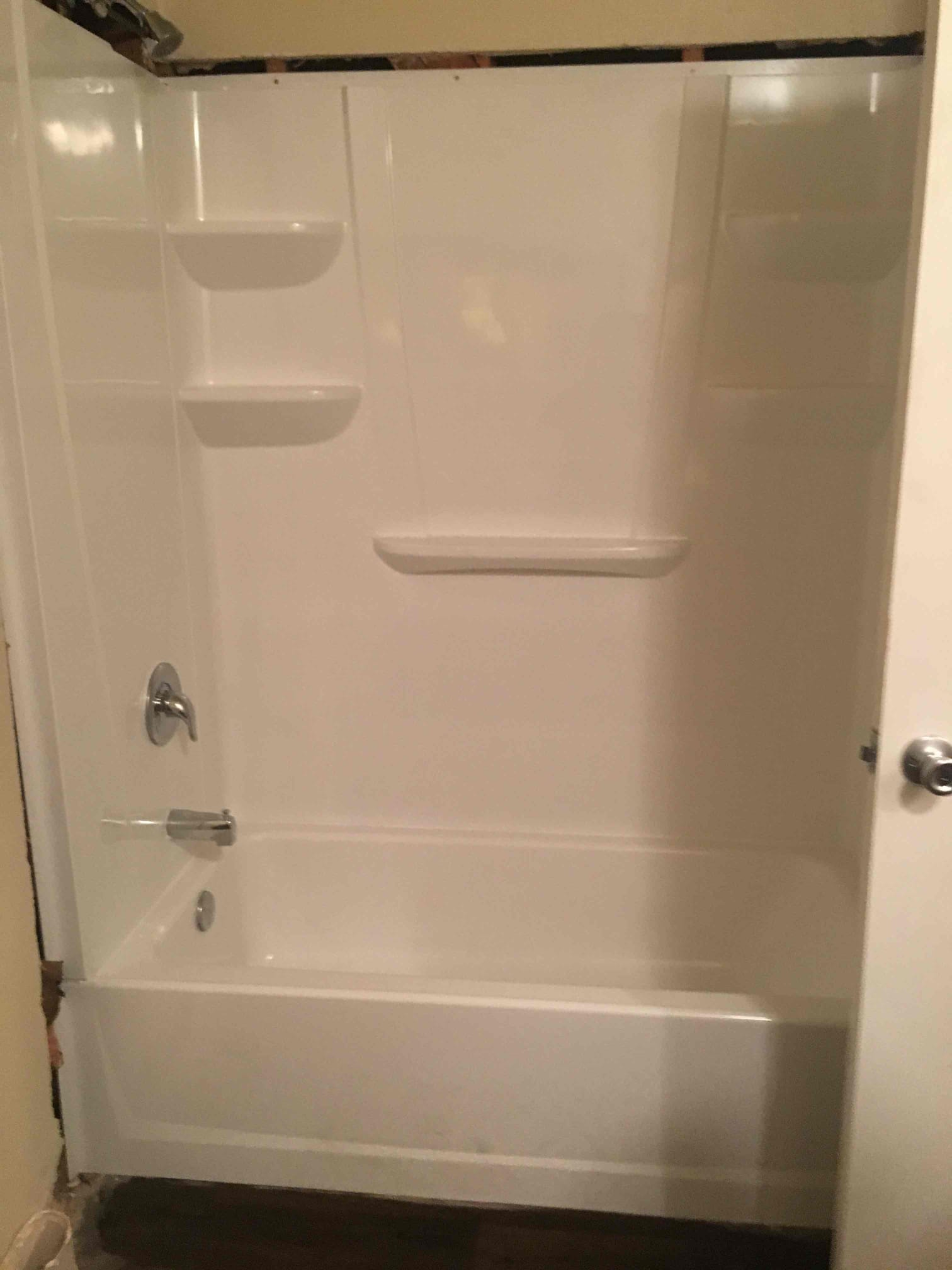 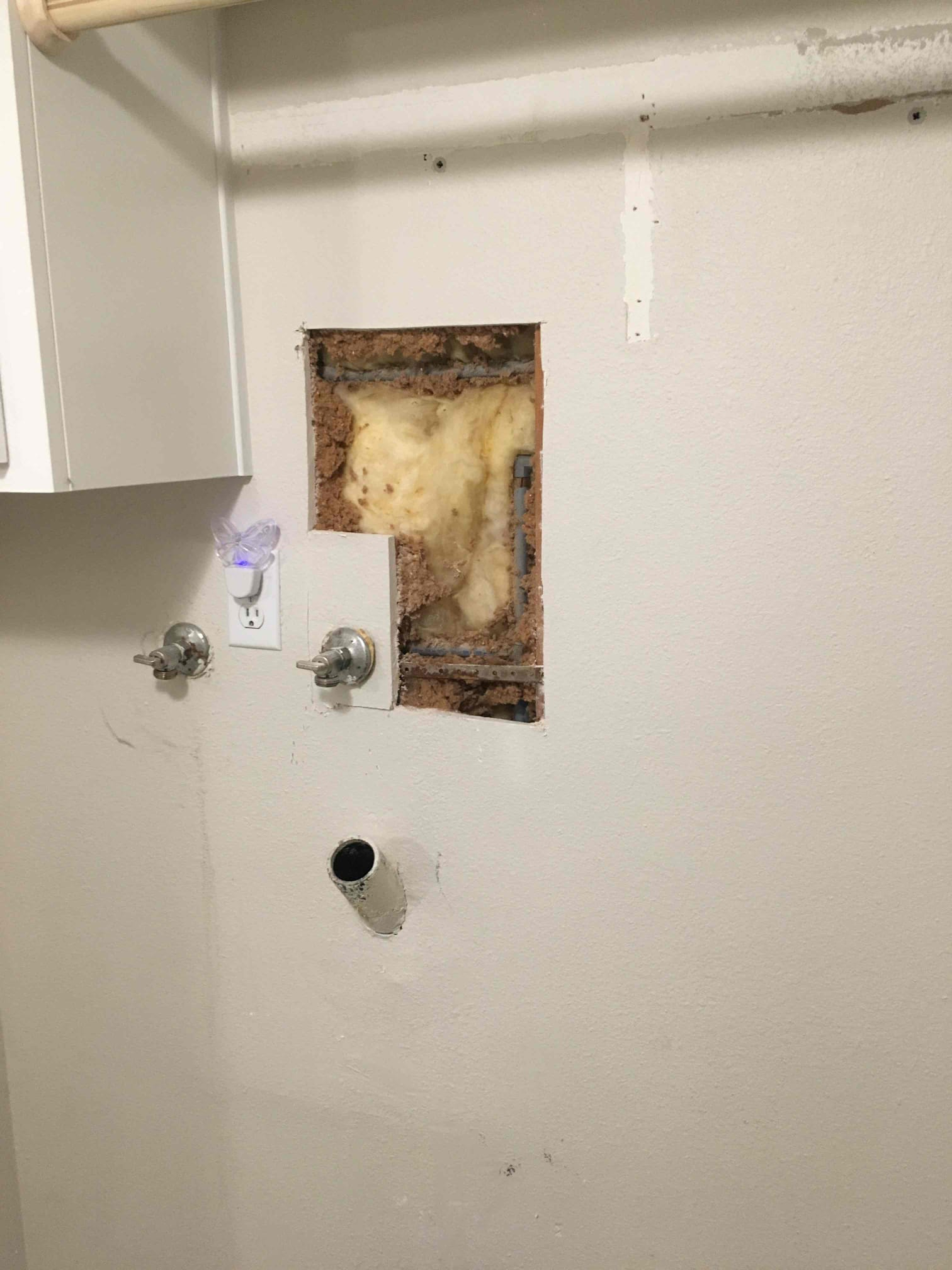 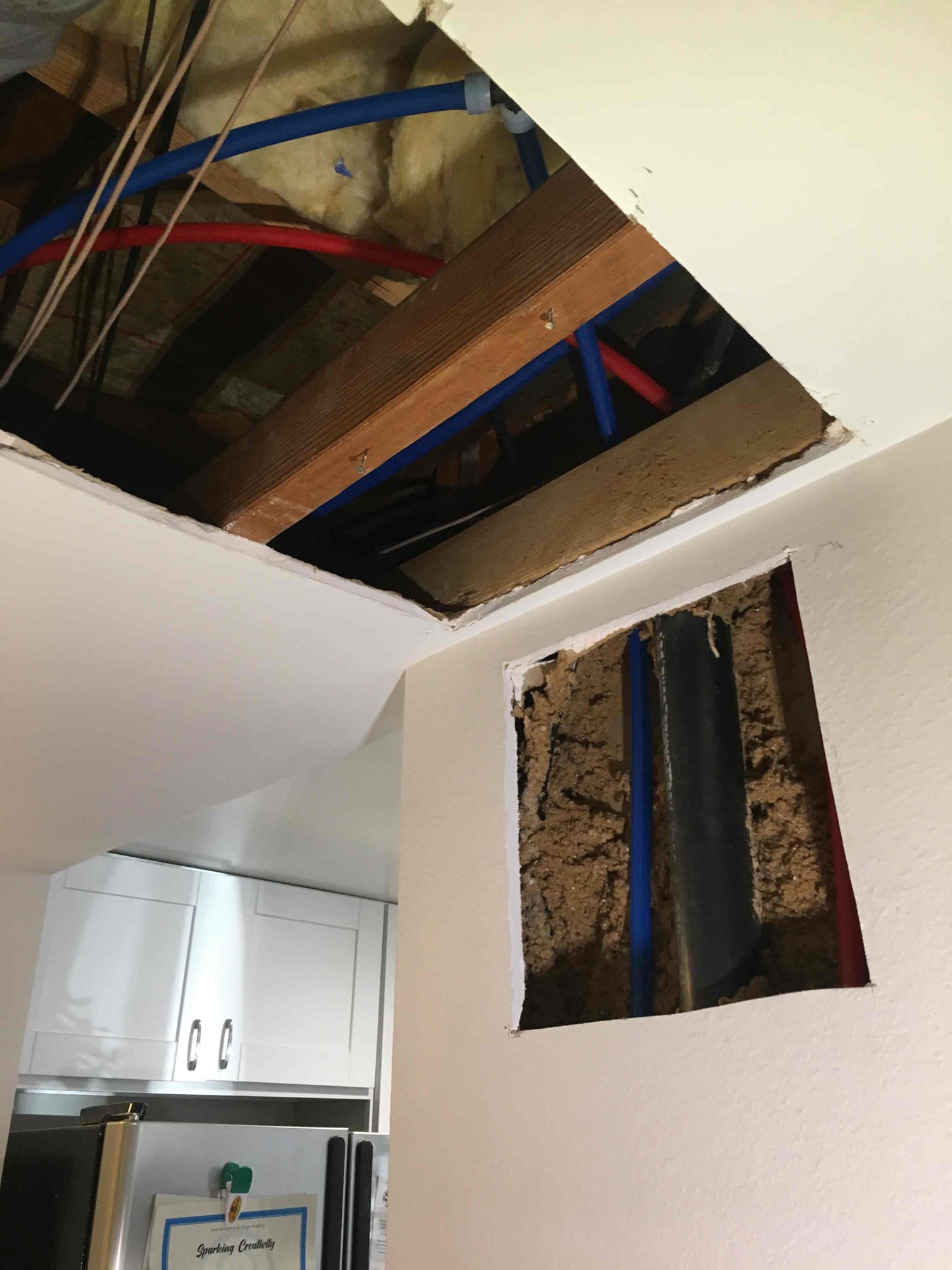 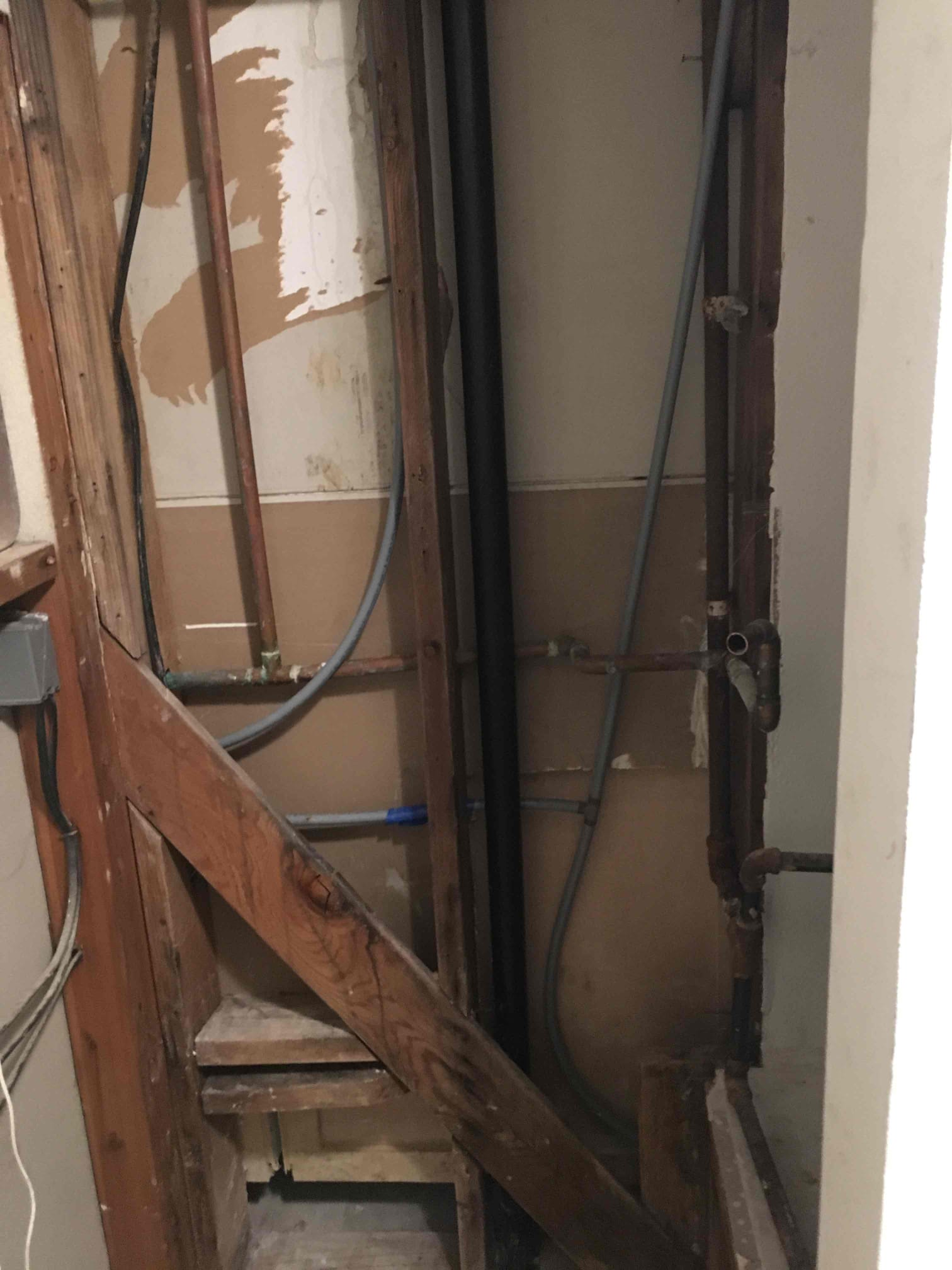 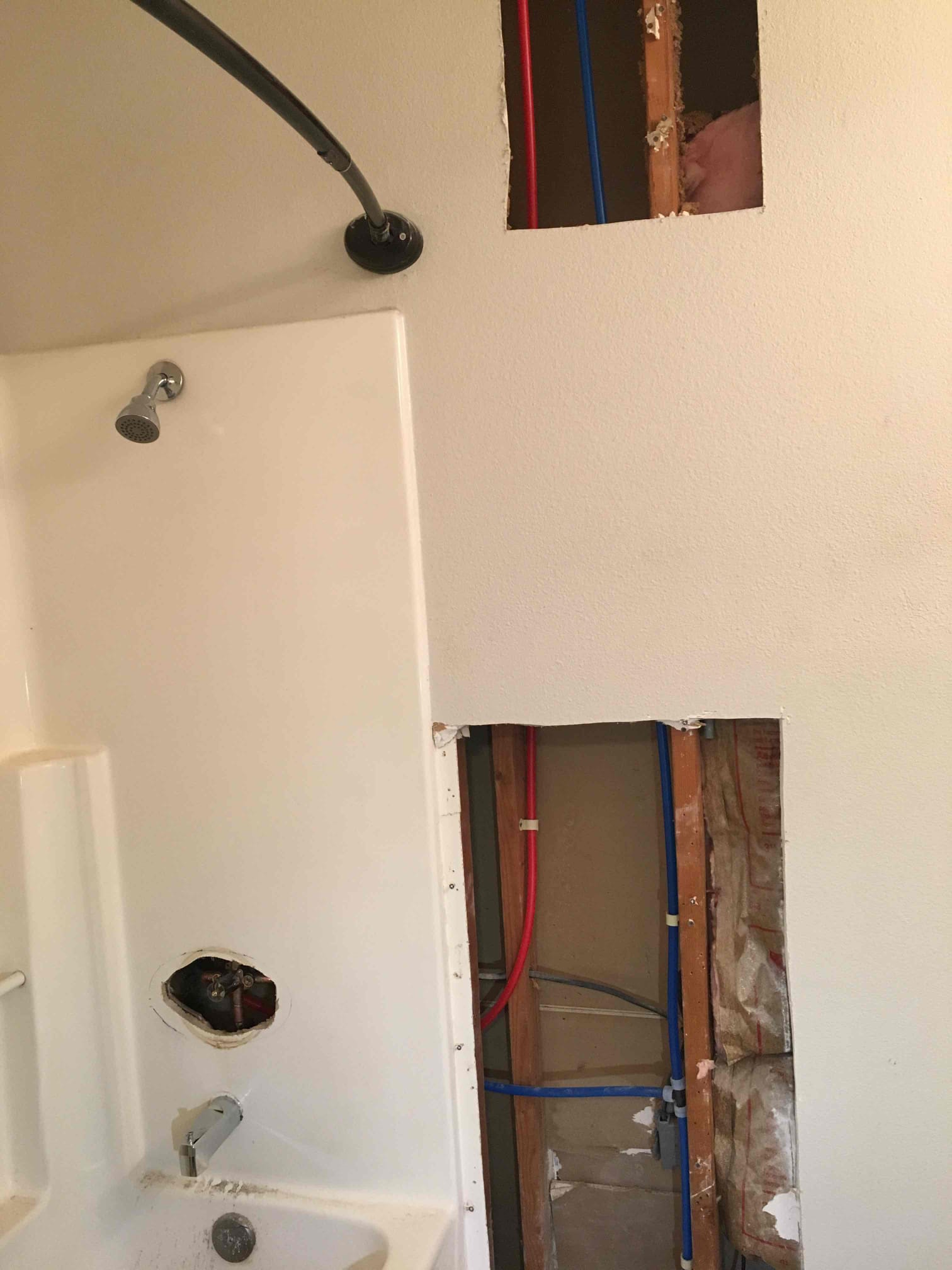