A rental property company called ASAP Drain Guys & Plumbing to provide an estimate to replace badly aged cast iron drain pipe in the garage of a rental. After receiving approval, the technician began by jackhammering down 2 feet deep in the garage to expose the 4″ cast iron pipe. The technician continued to jack hammer a run exposing the pipe until a section of cast iron pipe was found to be in good condition. After inspecting the drain lines throughout the wall, more fittings were found that would need to be replaced. Hangers were used to strap the stud to keep the cast iron from sagging down. Once a good section of cast iron was found, the deteriorated pipe was cut out and disposed of. New ABS pipe was installed into the existing cast iron pipe. 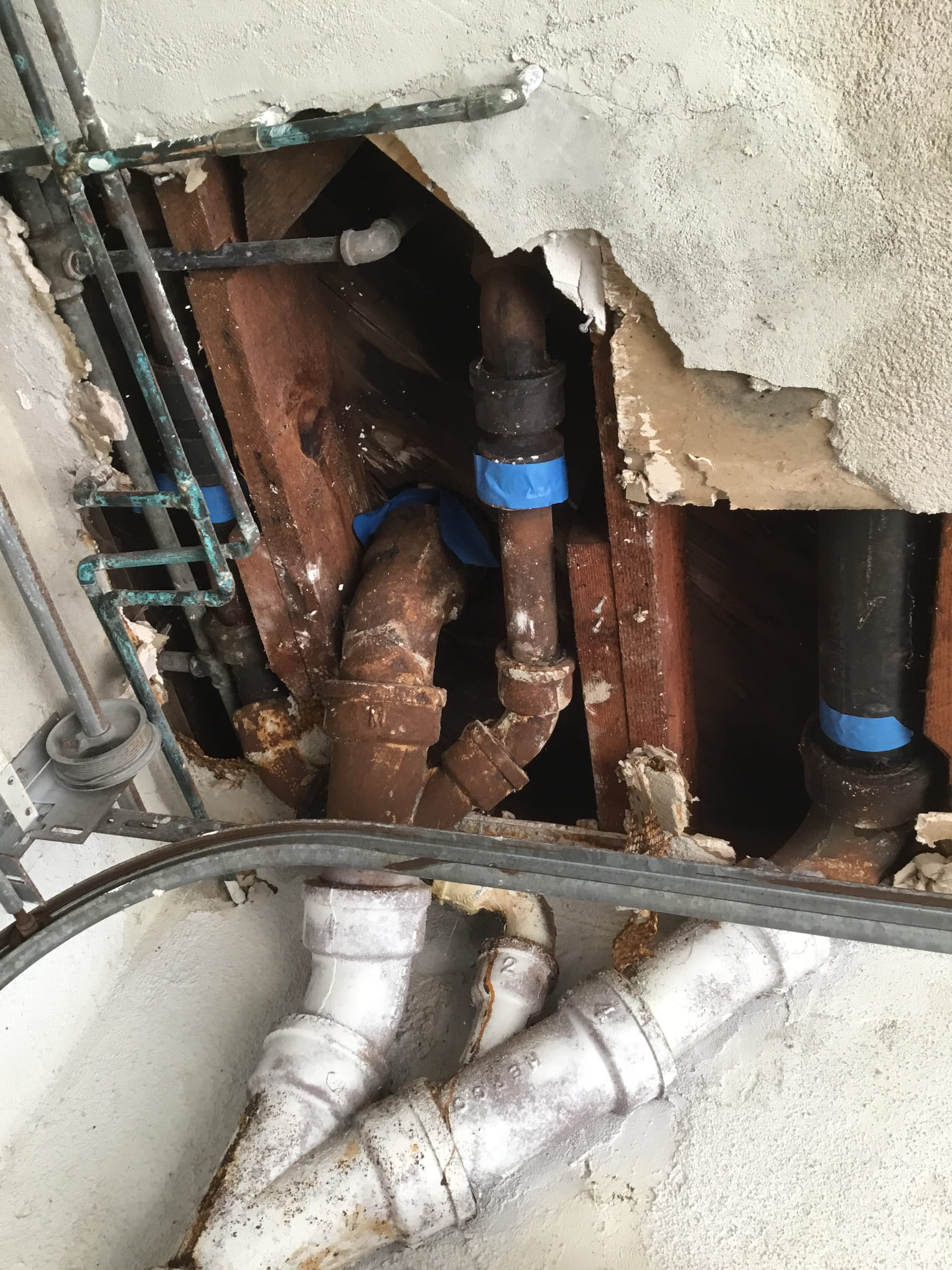 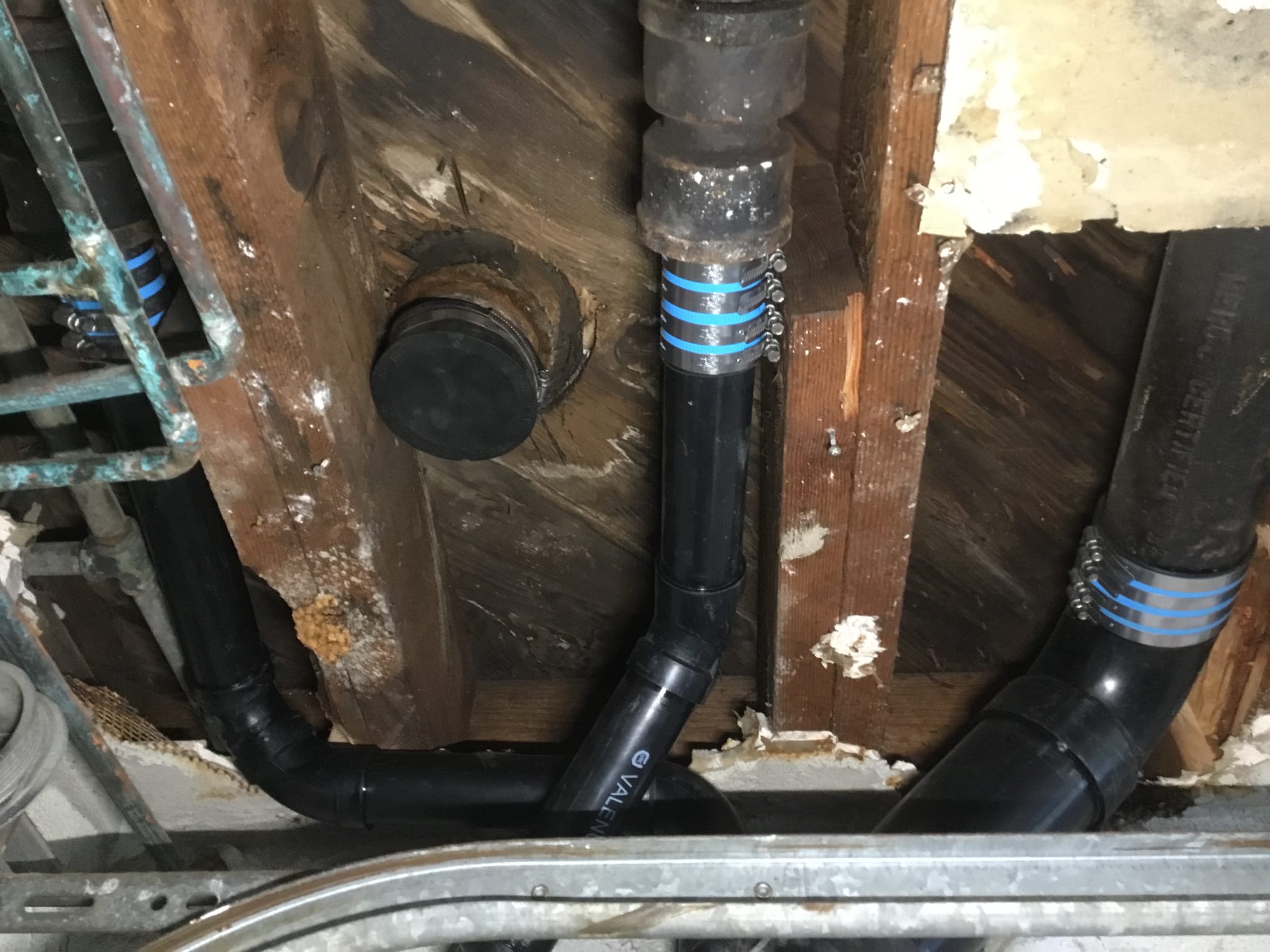