ASAP Drain Guys & Plumbing was called out to investigate a leak under the sink for an apartment unit. Upon arrival, the technician found a large amount of pipe was disconnected behind drywall. The technician gained approval to open up the drywall and expose the pipe. He found that there were six different fittings that would need to be replaced. A 2″ figure 4  cast iron fitting was also found to be going down the concrete slab that would need to be jack hammered in order to replace. After tenants removed their personal belongings from under the kitchen cabinet, the technicians set up a plastic tent inside to minimize dust debris during the jackhammer process. It was recommended to have restoration company inspect and remediate growth as the area was saturated with water. Once 2″ cast iron pipe was exposed, the broken fittings were removed. In order to make the repair, the existing cast iron needed to be in good condition to tie in the new pipe. But the 2″ cast iron was extremely brittle and a clean cut was was not able to be accomplished due to the weak nature of the pipe. The technician had to continue to jackhammer until a good section of cast iron pipe was found to reattach the new pipe. Once repairs were made, they were then tested to ensure proper function and no apparent leaks. No leaks were found and the drain piping was working properly, the repairs were wrapped with foam to prevent damages from concrete. 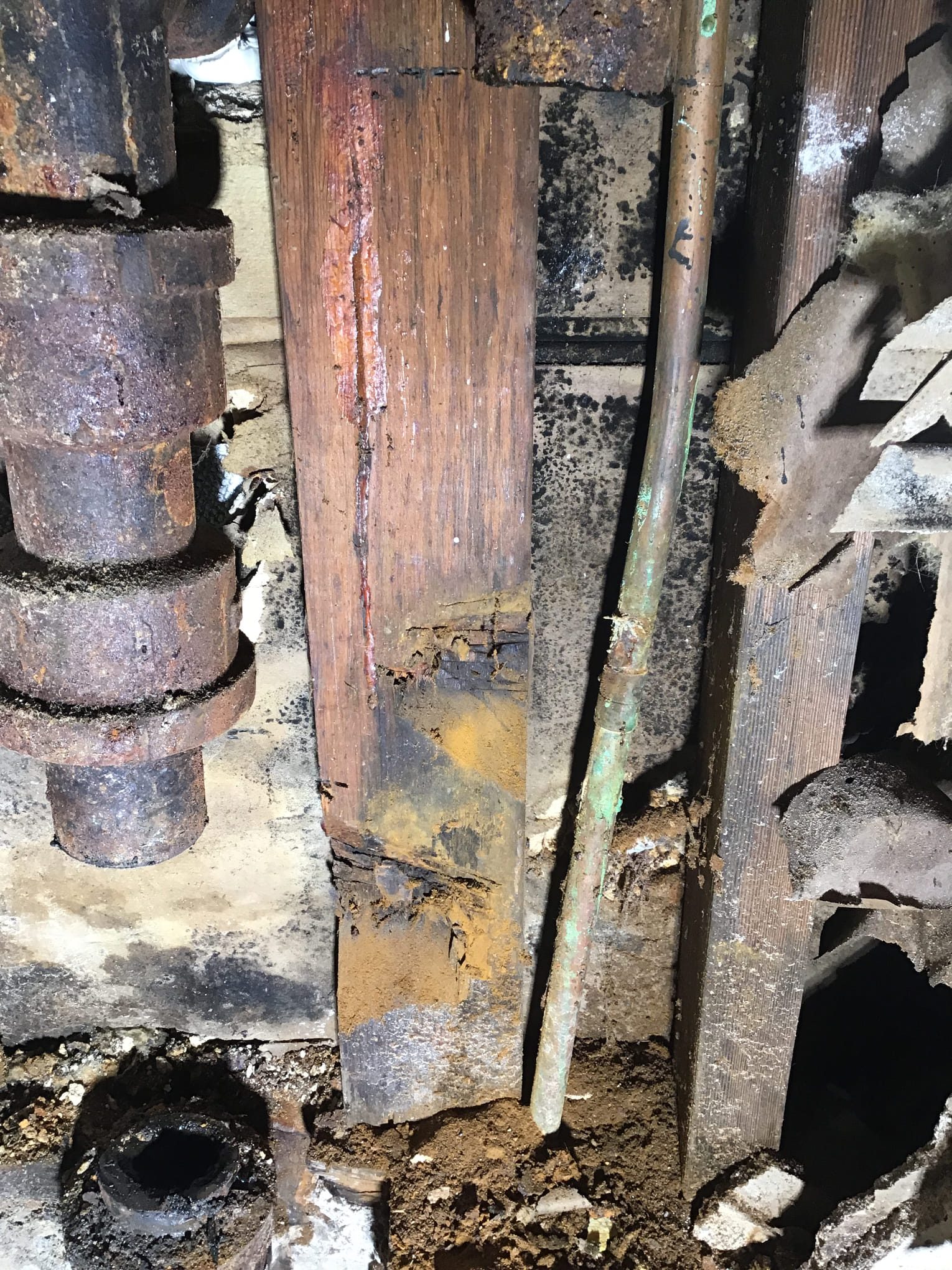 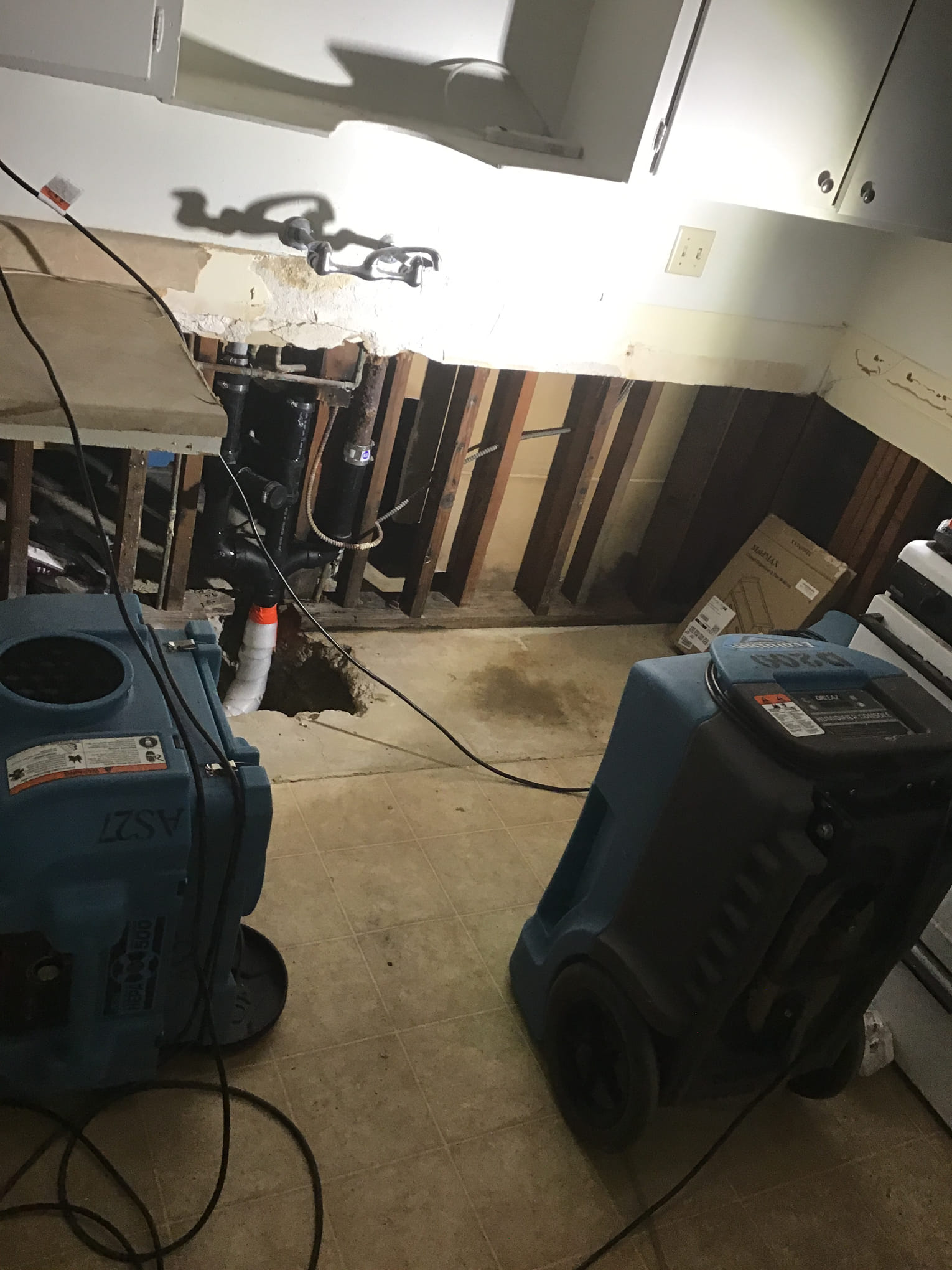 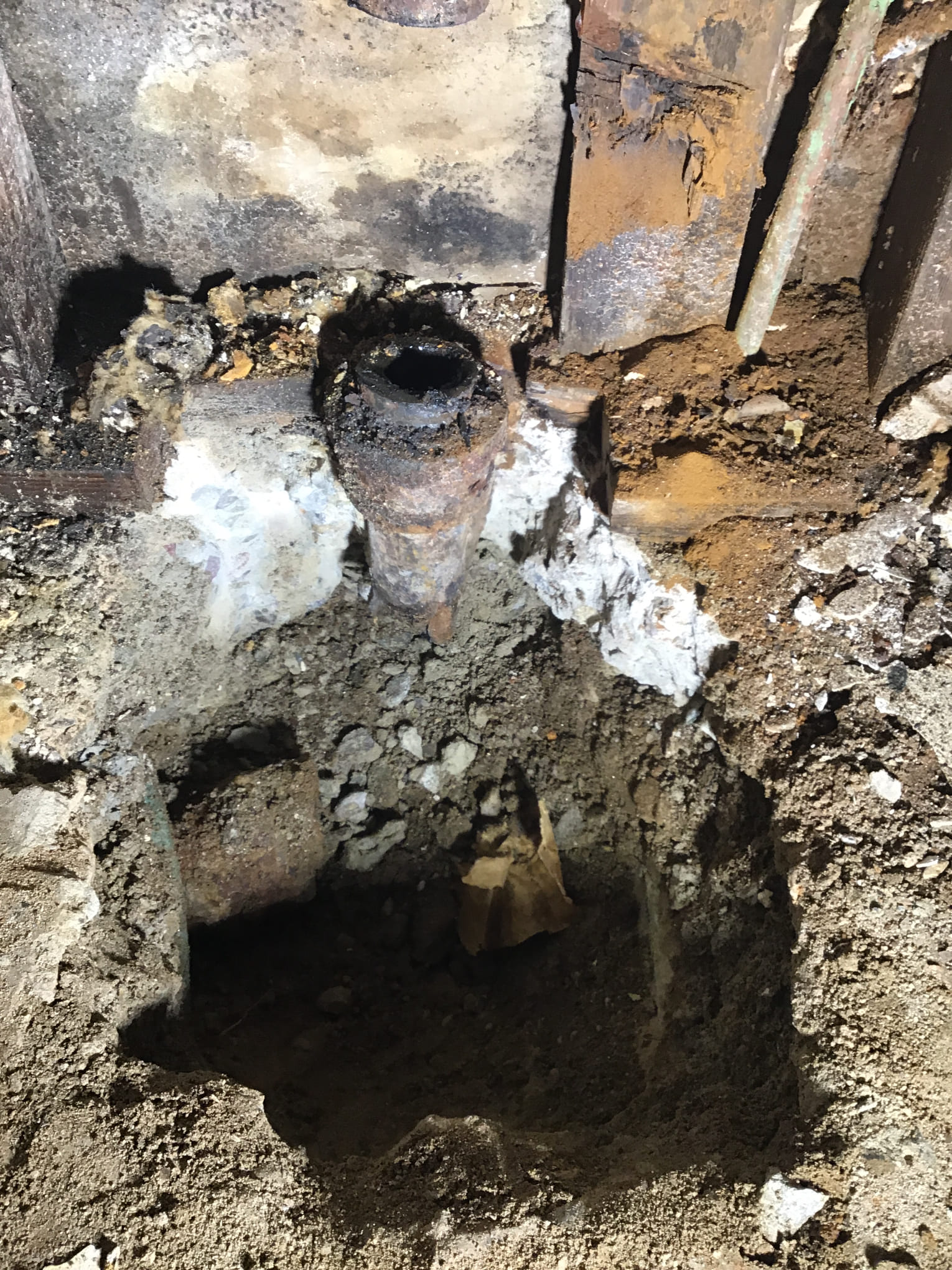